“There are times when the ocean is not the ocean – not blue, not even water, but some violent explosion of energy and danger: ferocity on a scale only gods can summon. It hurls itself at the island, sending spray right over the top of the lighthouse, biting pieces off the cliff. And the sound is a roaring of a beast whose anger knows no limits.”
~ M. L. Stedman – The Light Between Oceans

Perhaps you know of the following exchange, which may or may not be urban myth:

This is the transcript of the ACTUAL radio conversation of a British Naval Ship and the Irish, off the coast of Kerry, Oct 95. Radio conversation released by the Chief of Naval Operations 10-03-02:

Irish: Please divert your course 15 degrees to the South, to avoid a collision.

British: Recommend you divert your course 15 degrees to the North, to avoid a collision.

Irish: Negative. You will have to divert your course 15 degrees to the South to avoid a collision.

British: This is the captain of a British navy ship. I say again, divert your course.

Irish: Negative. I say again, You will have to divert your course.

British: This is the aircraft carrier HMS Invincible. The second largest ship in the British Atlantic fleet. We are accompanied by three destroyers, two missile cruisers, and numerous support vessels. I demand that you change your course, 15 degrees north, I say again, that is 15 degrees north, or counter-measures will be undertaken to ensure that safety of this ship.

Irish: We are a lighthouse. Your call.

This is a post for those of you going through difficult times, or difficult relationships. (Actually they can often be the same thing.)

Even though this is a post about Lighthouses I am NOT going to advocate all that New Age feel-good stuff about shining your Light and being a radiant example of unconditional love, peace and incredible oneness in the face of hardship.

Not that those things aren’t wonderful and admirable. But sometimes it’s simply not possible to hold that space.

I have a friend going through a very difficult divorce right now, after years of being married to a man who is one part Prince Charming and one part emotionally manipulative bully. Her husband has a fearsome temper. He’s a narcissist. And right now, now that she’s really left him for good (and yes, she’s somewhere safe), the charm is gone – he is battering her verbally and emotionally to get his way.

In the midst of all of this (when her own lawyer began to realise what this woman had been enduring and took her to a Domestic Violence Support Group) my friend wanted to know how to best hold her husband in love and come from that place of Love and Light. Should she pray for him? How should she help him?

Meanwhile this man is raging around her like the foulest of tempests. And she thinks she needs to stay ‘open’ to him, to engage with him, to support him…

“Be the Lighthouse,” I said. “You know, the one you see in the famous picture where there’s a storm and the ocean is smashing down upon that Lighthouse, and the Lighthouse just stands, immovable?”

“Stand your ground. Be well prepared. Let him rage as much as you like, and know that eventually, like any storm, he’ll blow himself out. Don’t engage him. Don’t try to help or fix him. A Lighthouse does not engage with a storm, it simply endures, and goes on honouring its true nature.”

That’s what we need to do with some people and situations in our lives. It’s not our place to be the healer or the fixer. In fact, it might be what is needed is for us to walk away.

Sometimes we can’t walk away – from a job, an illness, a relationship. Instead we need to stay and find a way to make the situation work, or find a way to better cope with that situation. We have to find a way to endure because something in the equation is important to us; important enough for us to need to find a way to deal with this less-than-ideal space.  Like a good friend of mine who puts up with his sister’s rude spouse in order to maintain a relationship with his sibling. Or my friend suffering through chemotherapy and radiation to prolong her life long enough to give her a little more time with her precious partner and children. Each of them ‘enters the Lighthouse’ when they deal with these issues. They batten down the hatches, and let the waves crash around them until the storm is passed. The Lighthouse is their coping strategy.

Or maybe we can’t walk away just yet – although that might be our end game. Instead we need to reach a settlement, have our day in court, finish the job, get to the end of the treatment, submit the final paper. Then we can pack our bags and get on our way!

When we can’t retreat, we can choose to be the Lighthouse, standing firm in the storm.

We make preparations, or follow our emergency plan. When bad weather approaches we put up the storm shutters. We lock down the doors and windows to make them watertight. We make sure we have candles and matches, a warm jumper, supplies and a good book. Where necessary we use a support crew. We do all we can to keep ourselves safe and give ourselves the best chance for a bright future.

As to shining your Light? Why not do that for YOU? Turn your Light inwards for a while. Put your own needs first right now, attend to your wounds, conserve your energy, nourish yourself.

When the storm has passed and the weather is clear and fine – then we can have that New Age chat about Love, Light, Rainbows, Puppies and Unicorns. Okay?

But for now, if you’re weathering that storm because there’s no way to chart another course then my advice is to look after you. Be the Lighthouse.

Plenty of time for other things once the storm has passed.

How to get through the hard stuff

How to deal with toxic people

17 thoughts on “Sometimes You Need to Be The Lighthouse” 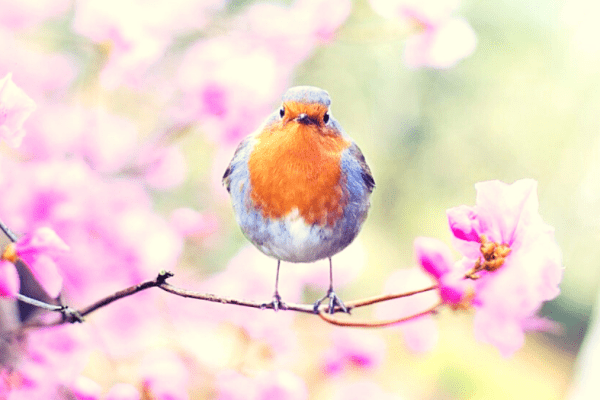