“Tantrums are not bad behavior. Tantrums are an expression of emotion that became too much for the child to bear. No punishment is required. What your child needs is compassion and safe, loving arms to unload in.”
― Rebecca Eanes, The Newbie’s Guide to Positive Parenting

Thanks for your understanding as I write this post really fast!!!

For the past week or so Harry (Cafe Dog) and our other hound Bert have been cooped up in the city while we’ve been busy with family things. Harry has tried his best to be well behaved, even when it meant being shut in the house all day with no play time, no cafe, no fun at all. That’s hard for a farm dog who is used to wide open spaces and lots of adventure.

So of course when we came home to the farm for a brief respite Harry was all ready to resume his regular routine. A morning coffee at the local cafe followed by a day of running around on the farm. Except that on Thursday morning Ben took me for an early acupuncture appointment. We left Harry and Bert on the daybed on our side veranda.

He took a few bites out of the already chomped bed just to show us his displeasure. 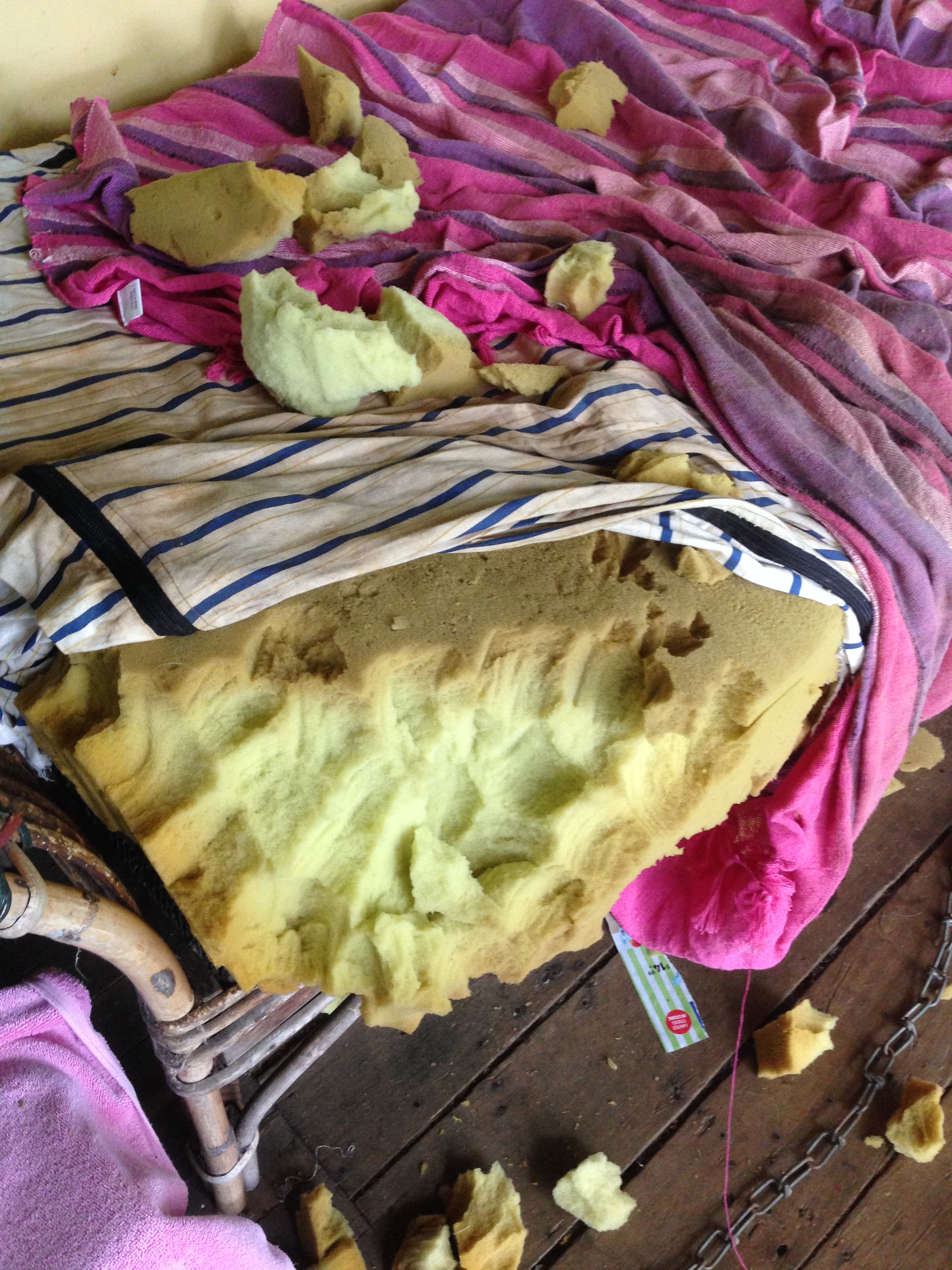 Then there were the looks he gave us when we came home, smelling of cafe, because of course we got a coffee after acupuncture. As you do.

Yesterday was Friday. Mullumbimby Farmers’ Market day. Our favourite day of the week. There’s a No Dogs policy, so once again we had to leave Cafe Dog at home. We decided to put him in our dark bedroom with Bert, as it was cold and early and we thought they’d just sleep, all cosied up in their coats.

Cafe Dog ATE BERT’S GOOD WINTER COAT right off poor Bert’s body. The straps were chomped off. The stuffing was ripped out and strewn around our bedroom. The place looked like a fluff bomb had gone off.

Why? Cafe Dog was most displeased with us, so he threw a tantrum.

It’s okay. The coat is salvageable with the use of some patches and an industrial sewing machine.

Truth is, Harry’s about to have another week of city living and confinement. Poor little blighter. He is missing his normal life, and so are we.

So this morning we’re off to the cafe. With Harry. Who has been waiting to go since 4am.

And honestly, it’s better than the chomping destruction being wreaked by our toothy terror, and we’re seriously in need of a good coffee anyway! 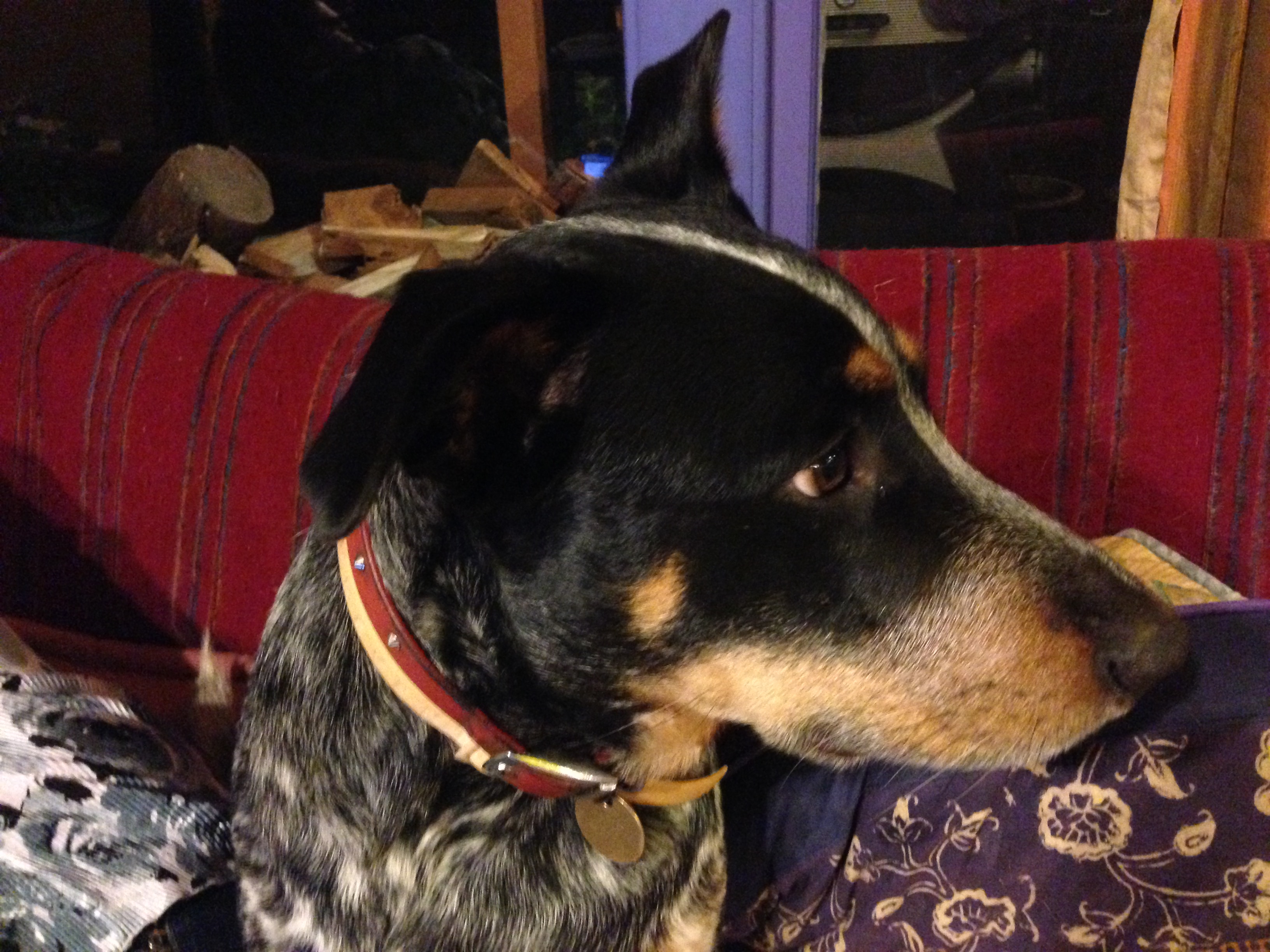 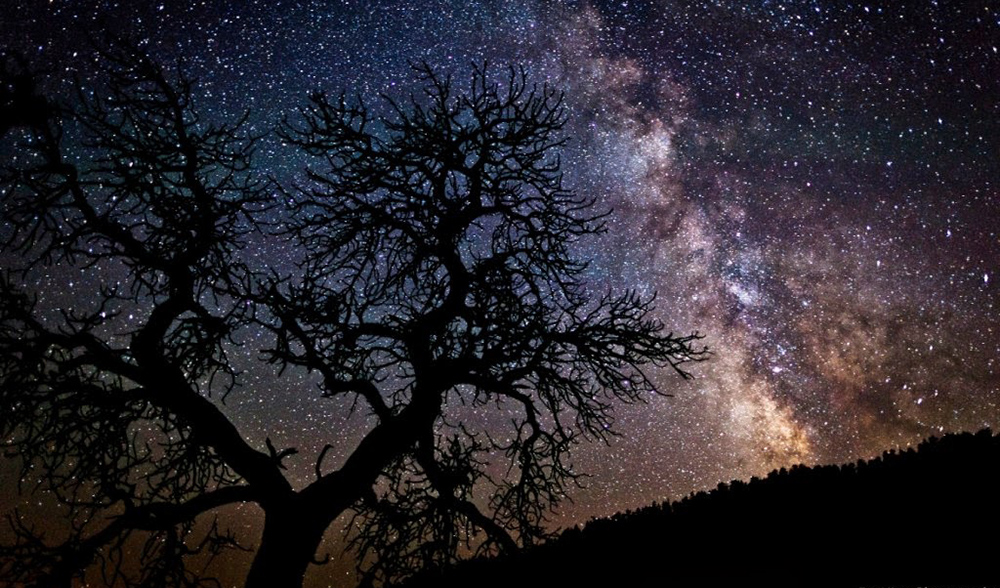