“I have come to accept the feeling of not knowing where I am going. And I have trained myself to love it. Because it is only when we are suspended in mid-air with no landing in sight, that we force our wings to unravel and alas begin our flight. And as we fly, we still may not know where we are going to. But the miracle is in the unfolding of the wings. You may not know where you’re going, but you know that so long as you spread your wings, the winds will carry you.”
~ C. JoyBell C.

Yesterday I blogged about that wonderful experience of universal flow and synchronicity, and about being on fire with an idea that I’m working on.

But perhaps I need to give you more context.

And then, I put the idea down.

Someone on my team sat in a business meeting, looked me in the eye and said, “I don’t like it. You already have a lot on your plate and it’s not the program we’d agreed to.” They weren’t saying it to be mean. They had my back, and they could also see how much work I was already signed up to. Besides that, we’d spent weeks already discussing and working on something else. The thing I was supposed to be running with in 2016.

Did you catch that last thing I said? It was this…

I put the idea down.

That idea had come out of nowhere, and I already had a good plan. One my team and I had invested plenty of energy in. I decided to work the plan.

You know what happens next. I couldn’t let go of that idea. Finally, and irrationally, I decided that I HAD to run with it. Whether it failed or succeeded. Right as the timing came down to the wire. I ditched my other plan.

And of course, now everything is flowing and fast and fine. 🙂

When people come to me for a Life Direction Reading, I always think of our session together as me opening and then summarising the big book of their life. I look at their talents and gifts, the broad purpose of their life, their major lesson and obstacles, health and then specific information based on their current needs.

People sometimes come back to me for a top up reading. When they do, I am no longer focusing on the whole book of their life, because that big book is divided into many smaller chapters. I look at the chapter that person is in right now, and sometimes the one that will follow.

We do and learn things in each of these life chapters, and each of these chapters will have different themes. Just like in a book, if you’re reading the chapter about the car chase, and all you want is to find out if the hero gets the girl, you’re going to have to wait until the next chapter.

If it’s not happening, it doesn’t mean that it won’t. It usually means that it’s not the right timing. You’re not in the chapter that supports the thing you are trying to push towards. That’s okay. It just means you need to bring your focus to something else just now. It’s not you. The Universe isn’t against you. You’re just not in flow with this thing right now, for whatever reason.

So, with all of that background I’d like to answer two questions that came up from yesterday’s blog post.

When You Get Roadblocks

Lovely post Nicole I do have a question though. What if you keep getting sent roadblocks when trying to achieve something that you long for so deeply? Is this the Universe telling you to quit while your ahead? I think I’ve answered my own question but it puzzles me as to why I would want something that seems totally out of my reach.

A: Genevieve, if you have an idea and you long for it deeply, then don’t give up. I always see those roadblocks as a timing thing. Maybe you’re being held up because you need to rest or to heal first. Maybe there is some other important task that needs to be done. Maybe you’re not ready, and there are things to learn. Maybe the world isn’t ready yet. Don’t ever see it as a bad thing to have some big idea that seems totally out of reach. If it’s truly meant to be yours you won’t let go of that idea. You’ll keep playing with it and coming at it from different angles and thinking about it even when you’re not doing it, and then suddenly everything will line up (although not always in the ways you had expected or imagined) and you’ll be on your way.

Conversely, if it’s not meant to be yours you’ll fall out of love with it. Or there will be something that never sits quite right with you. There is a project I’ve been trying to get off the ground for seven years. Yep. Seven. I’ve laboured towards it. Poured money and time into it. And it just never comes together. On top of that, of it NEVER being easy, something about it has niggled at me. So, when my friend Bek said something to me the other night, I realised that I needed to put that project down, and build another one on top of one that is already alive and dynamic, instead of constantly trying to resurrect dead old bones! Were those seven years wasted? Not at all. It just took me that long to figure out who I really was, and where I wanted to be. 🙂

I’ve Got Nothing! The Plight of Being Directionless

I can’t work out what the universe is telling me Nicole ….lots of things I love I have had to put on hold ( study, exercise , pretty much life in general). I meditate, I blog, I have floated in the last couple of weeks – all things to help me to see where my path is going. I still have no idea ……

A: Usually, when we can’t get clear about a direction, but we’ve good with direction and decision-making previously, what we need to do is wait. But most of us aren’t good with waiting. We want to be productive and useful and efficient.

Jen, you’ve just been through a major life change. You’re not the person you were before. Things are different now. You are different now. Those old paradigms and ways of being don’t fit, which is why the answers aren’t coming easily.

Don’t force it. Instead, let it be an adventure. Get on with the day-to-day things, and with resting and healing. As your energy lifts, and your soul reorients itself, the way will start to open out in front of you. And I think it will surprise you and make total sense all at once. I know that there is a greater purpose unfolding in front of you. So, it’s a bit like being five months pregnant. No matter how much you want to hold that baby in your arms and know him or her, you have four months left to ‘cook’ before that can happen. Right now you’re in that gestation period too. Trust that it will come to an end, and you’ll find your clarity. To push for it to happen prematurely is no good for you, or for the ‘baby’.

Extra Bit: If you’re a person (this is not Jen!) who has never had clear answers or direction, then you need to work on knowing yourself and spending time with yourself. We are only ever lost when we don’t know who we are, and the only way we can know ourselves is to spend time thinking about what we like and don’t like, by finding supportive friends, family or teachers, and by going on a quest to find ourselves. Go type journal in the search bar of my blog and you’ll find lots and lots of free activities that can help you with this!

7 thoughts on “Stop Fighting Your Lack Of Flow” 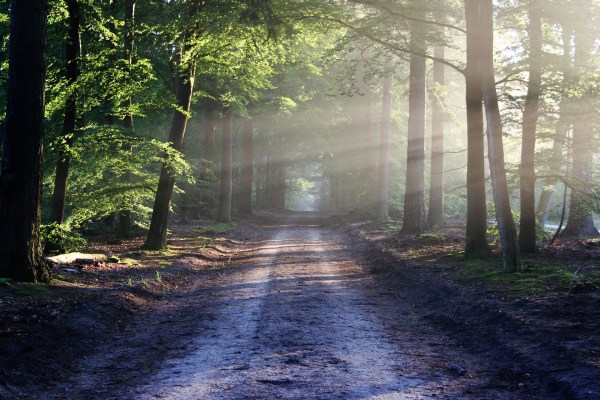