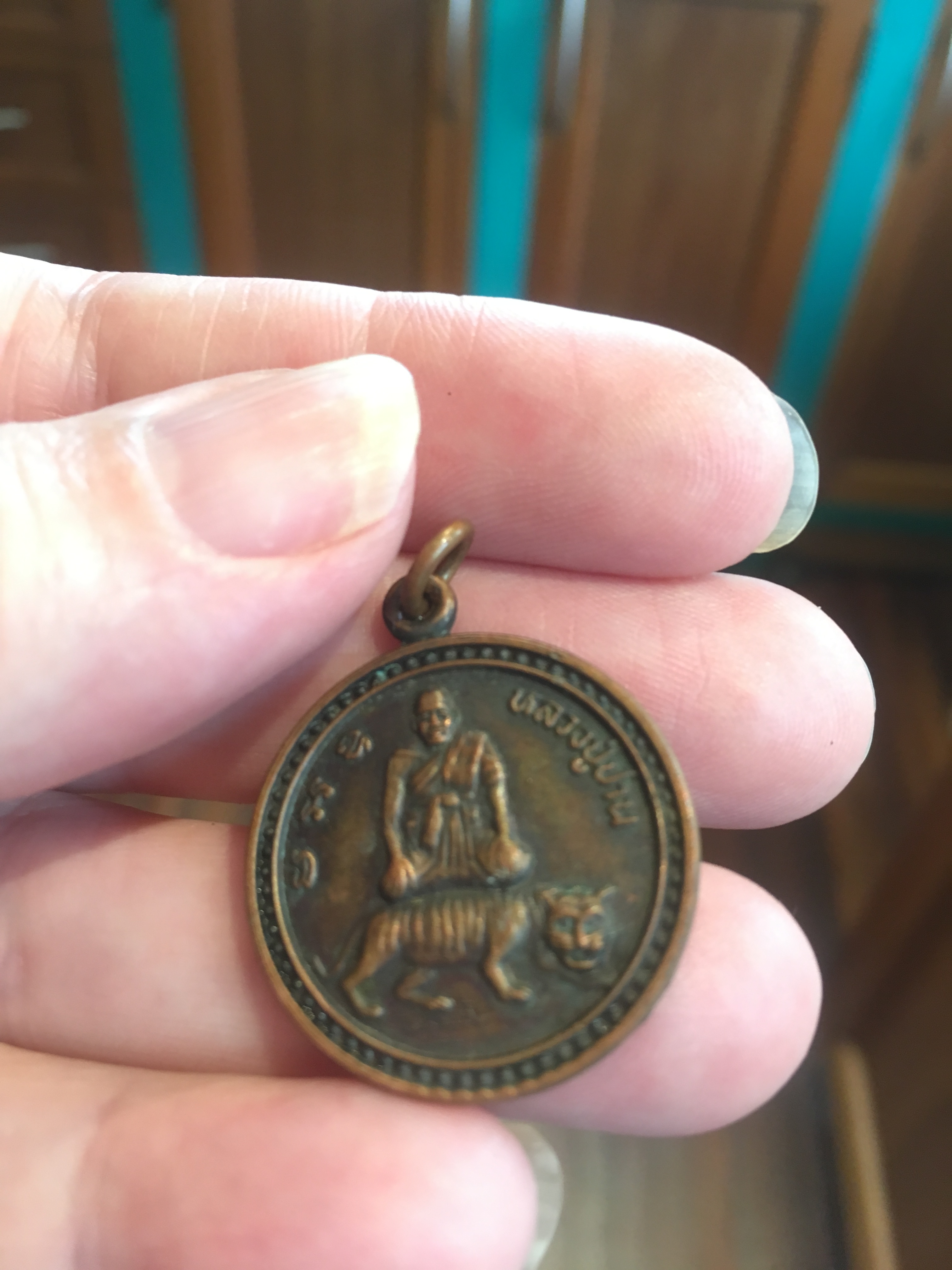 Things often go missing in our household. We might not see them for days, months or even years. Then all of a sudden they reappear.

The picture above of is of a Thai Buddhist amulet that Ben usually wears on a leather thong around his neck. Ben has worn several Buddhist icons or amulets over the years and sometimes he will take that necklace off and hang it on the bedroom or bathroom door handle if he is going for a surf at the beach, or if it might not suit an outfit or an occasion. Within a day it is always back around his neck again.

Until it goes missing.

While I was in the city recovering from surgery recently Ben went to our farm to do chores and check on the animals. He was gone for a few days, and then came home, the amulet fast around his neck. It was on his neck when I hugged him goodnight. The next morning it was gone.

‘I must have taken it off’, Ben said when we noticed it missing. But it had been on his neck when he went to bed. He hadn’t been outside the house. He’d barely been up for five minutes.

Ben pulled the bedroom apart looking for it. And then proceeded to pull apart the house.

It was the first time something had gone missing while he was wearing it.

A week later the leather thong for the amulet turned up on the road outside our city house, directly in front of Ben’s feet one morning. There was no mistaking it. I’d tied the sliding knots on the thong myself, and the knots were still there, strong and proud. We’d walked past that spot so many times in the preceding days and there had been no leather thong. There had also been torrential rain the night before which should have washed it away. But there it was. Bone dry.

At first we were thrilled that it had turned up again, then on closer inspection we realised that the amulet was gone. The thong (strong thick leather!) had come apart like it had torn. The edges were soft and frayed as opposed to the sharp lines of a cut. We had no idea how it happened. It didn’t make sense.

This is not an irregular occurrence. Weird stuff like this happens on a semi-regular basis in our house. This time though, the amulet was still missing. Ben felt really sad about that, and we were sure it was lost for good.

‘Oh well,’ said Ben. “I guess that means we’ll have to go back to Thailand.’

A few days ago while we were at the farm I heard Ben cry out. He came in from outside with something in his hand. The amulet. It was dirty and tarnished but completely intact. Ben had just happened to look down as he had gone outside to put some scraps in the compost, and there it was in the dirt at his feet.

What are the chances of that?

As usual, we have no explanation.

5 thoughts on “The Strangeness that is Our Lives!” 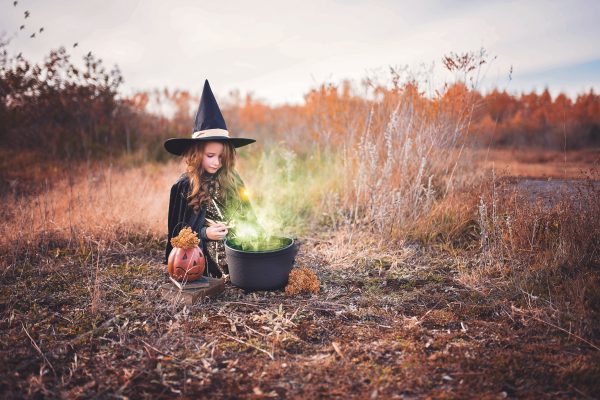 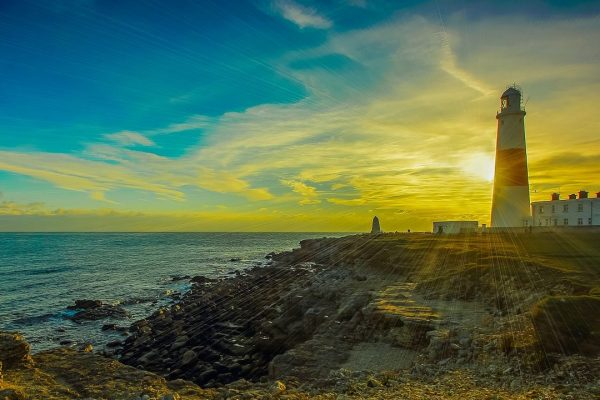