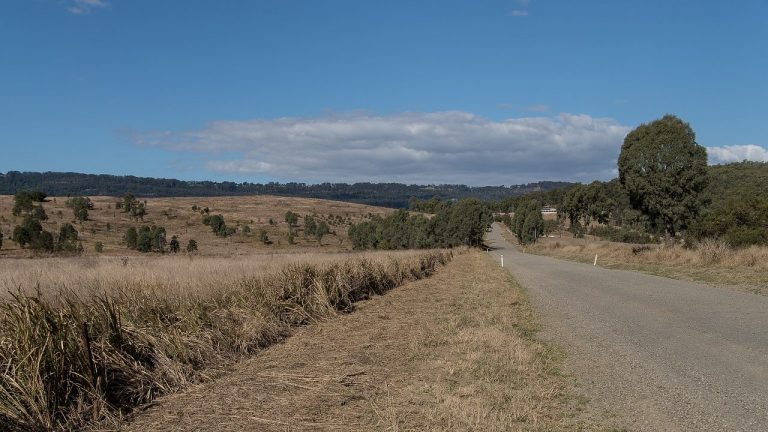 Rainy days should be spent at home with a cup of tea and a good book.

We’ve been in and out of drought here at the farm for the past two years.

Byron Bay is rainforest country – it’s usually a place of frequent rainfall. When the rain dried up, huge cracks in the ground opened up in our paddocks. It didn’t rain a drop for months.

Then we had a shower or two. Not nearly enough. Followed by more dry weather. Much of our grass and moss and understory died or died back. Even some of the big old trees began to die. We made watering points for the birds and native animals. We left out fruit and seed, and mulched and hand-watered what we could. We worried about what we would do in fire season.

Just before winter we had a few weeks of wet weather. The grass began to grow again, most of our trees began to recover, and the cracks in the ground healed.

The rain vanished as quickly as it came.

Over winter we had some heavy dews, so the grass greened a little.

But Spring saw us back in drought.

When we heard the patter of gentle rain on the roof last night I opened the windows wide for the smell and the sound. We went to bed early, and lay awake in the dark, listening to the rain and then the gurgling of water trickling from the roof gutters into the down-pipes that feed our rainwater tanks. It wasn’t nearly enough rain – just a light coastal shower. But it was a start.

We went to sleep to the sounds of frogs croaking and the drip of water from rain-slick trees. It was the most heavenly music. Better than any concert!

I hope it’s a sound we hear much more in the coming months.

For us, and all of our drought-affected friends.

5 thoughts on “The Sound of Rain”