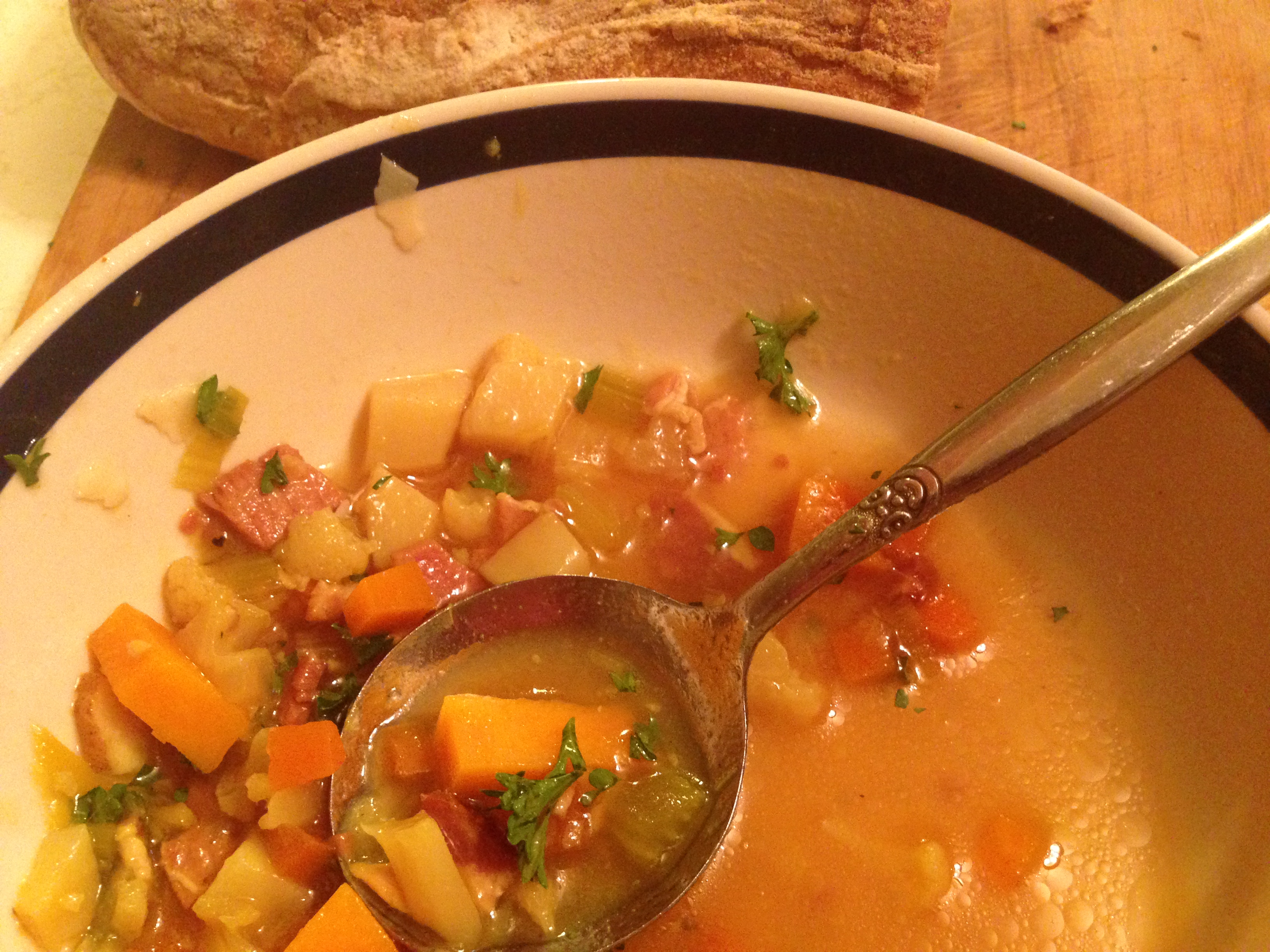 “There is no dignity
quite so impressive,
and no independence
quite so important,
as living within your means.”
~ Calvin Coolidge

Sunday or Monday is usually a day of planning and prepping for me. And that often includes making a batch of Last Chance Soup.

I first started making this soup when I was an impoverished student, living away from home in a share house. We went to university in a rural town where we were fortunate to have good access to cheap fresh produce. I would buy whatever was in season at the big roadside produce stalls and ask for the old and damaged fruit and vegetables, which the stallholder would often give to us for free or at a vast discount. We were always broke and I needed to make our food budget stretch as far as I could so we would have enough money for important things, like books, rent, and beers on a Friday night.

Growing up, I’d done the lion’s share of cooking at home because mum worked long hours. Later, I often shared with housemates who couldn’t cook, so I never minded volunteering for the cook’s position. There was method to my madness too. We all chipped in a set amount per week for food. If I shopped and cooked I used from-scratch ingredients, which were cheaper that freezer meals and junk, and that way I could even make cakes and biscuits for the same amount of money as the sad traditional student diets of instant noodles, frozen pizzas, things in cans and microwaved meals. In the end, for being impossibly broke, at our house we ate really good food – roasts and soups and stews, cakes and puddings and sweet treats.

I was determined to live well, even on a shoestring. I knew it could be done. My grandmothers had taught me these things, after having themselves grown up in lean times. Eat simple. East seasonal. Eat local. Grow what you can, and support the farmers who live nearby. Wherever I lived I had a few battered recycled pots and styrofoam boxes or roughly-hewn garden plots for my herbs, flowers and easy-to-grow vegetables. We were sometimes blessed with a gnarled old lemon tree or two in the back yard, or we’d find someone who did. My grandmothers were my introduction to the slow food movement before such a  thing was even a movement at all. 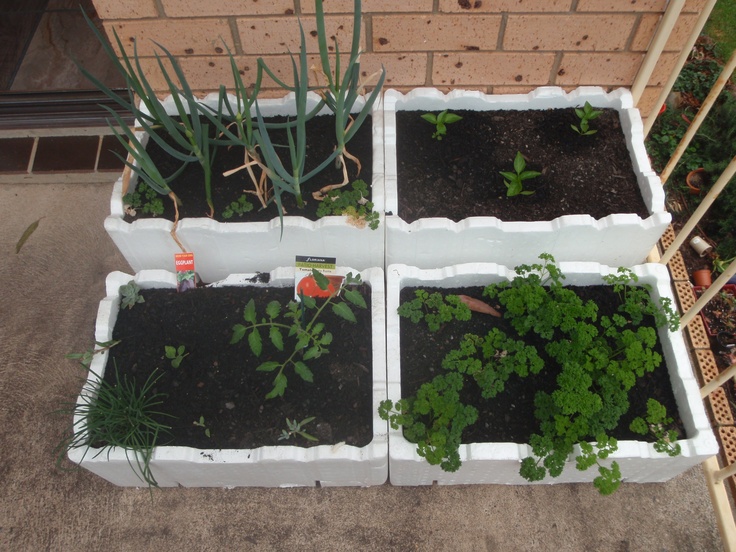 Also, some of our housemates or dinner mates were invariably young men who ate like there was no tomorrow – so food that was filling and cheap was a high priority. I became quite cheeky after a time, cooking elaborate dinner parties for the boys in neighbouring houses so that they would mow our lawns, fix our plumbing or lug second-hand fridges around for us. 🙂

Essentially, this soup is a throw-together of what’s in the fridge at the end of the week that is needing to be used up or thrown away/composted/fed to the chickens. Hence the name Last Chance Soup.

Because left-overs vary from week to week the flavour changes with each batch. I use up the last of any cold roast meats or tail ends of bacon etc, or perhaps a little fresh meat or chicken. Sometimes I’ll use beans or lentils. It really does depend on what is in the fridge, freezer or pantry. If I use beans or lentils I may throw in a tin of tomatoes and some tomato paste. Then I go through the onion and potato bin, and the crisper drawer. Have a look at what’s in the garden. Anything that is old or a bit wilted gets used up. Leftovers from previous meals? They may work too!

After a few minutes of chopping and another hour or two of simmering I have a lovely pot of soup that I can eat for a simple Sunday night dinner, with enough left over to freeze into portions for easy meals, a quick lunch, or an emergency gift for a hungry or stressed friend.

This soup can be made as vegan, vegetarian, low carb or paleo. I encourage you to experiment. It’s soup, people, not rocket science. Taste as you go, and adjust if necessary. Soup is nutritious, economical and easy. I hope that you’ll soon be making super and adventurous soups as a regular part of your household management plan. 🙂 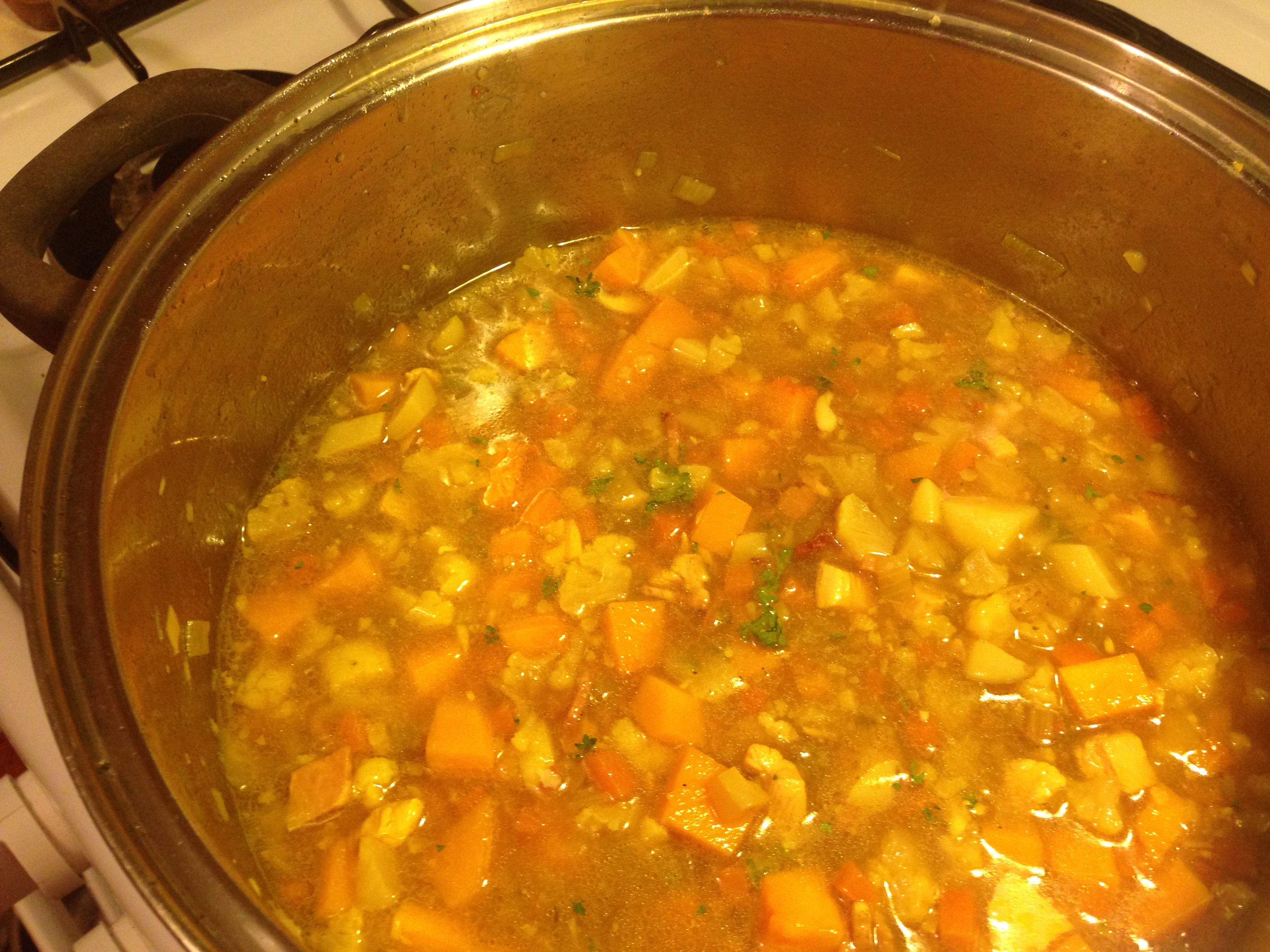 The basics of this soup are as follows:

An onion, a clove or two (or three!) of garlic, two litres of stock or bone broth, a few cups of mixed vegetables (sometimes I’ll use cold roast or cooked vegetables from a previous meal), a handful of fresh or a pinch or two of dried herbs, a cup or so of raw or cooked meat or beans/legumes. Salt and pepper to taste. Adjust the quantities up or down as needed.

Additional flavourings can be had from tomatoes and tomato paste, lemon, dried or fresh herbs, curry powder, a glug of wine, sauces or preserves.

You could also add a handful of dried pasta or a little rice for extra body and texture.

Can I be more specific than that? Not really. I’m not sure what’s in your fridge or pantry!

For this particular batch of soup I used 3 garlic cloves, one red onion (starting to shoot!), 2 carrots looking past their prime, the last of last week’s bone broth, plus water and a little vegetable stock powder, 2 big rashers of bacon and half a chicken breast, 2 soggy sticks of celery and the tops of the new bunch, 2 very small dutch cream potatoes that won’t be useful for anything else, the remainder of an old pumpkin, 1 big green leek, the sad remains of a once huge cauliflower – the stalk and maybe a cup of florets, a big handful of fresh parsley from the garden, a couple of green onions, the pitiful last squeeze of half a lemon I’d already used for something else, a heaped teaspoon of turmeric, a tablespoon of coconut oil (or your favourite fat).

Chop the onion, garlic, meat and leek into small pieces. Heat a big pot over a medium flame, add the coconut oil and then toss in the meat, leek, onion and garlic to brown and cook. Stir often. You can then throw in the turmeric, celery and carrot to brown up a bit too if you want, as this gives the soup a richer flavour. No time? Don’t worry – just chuck it all in. 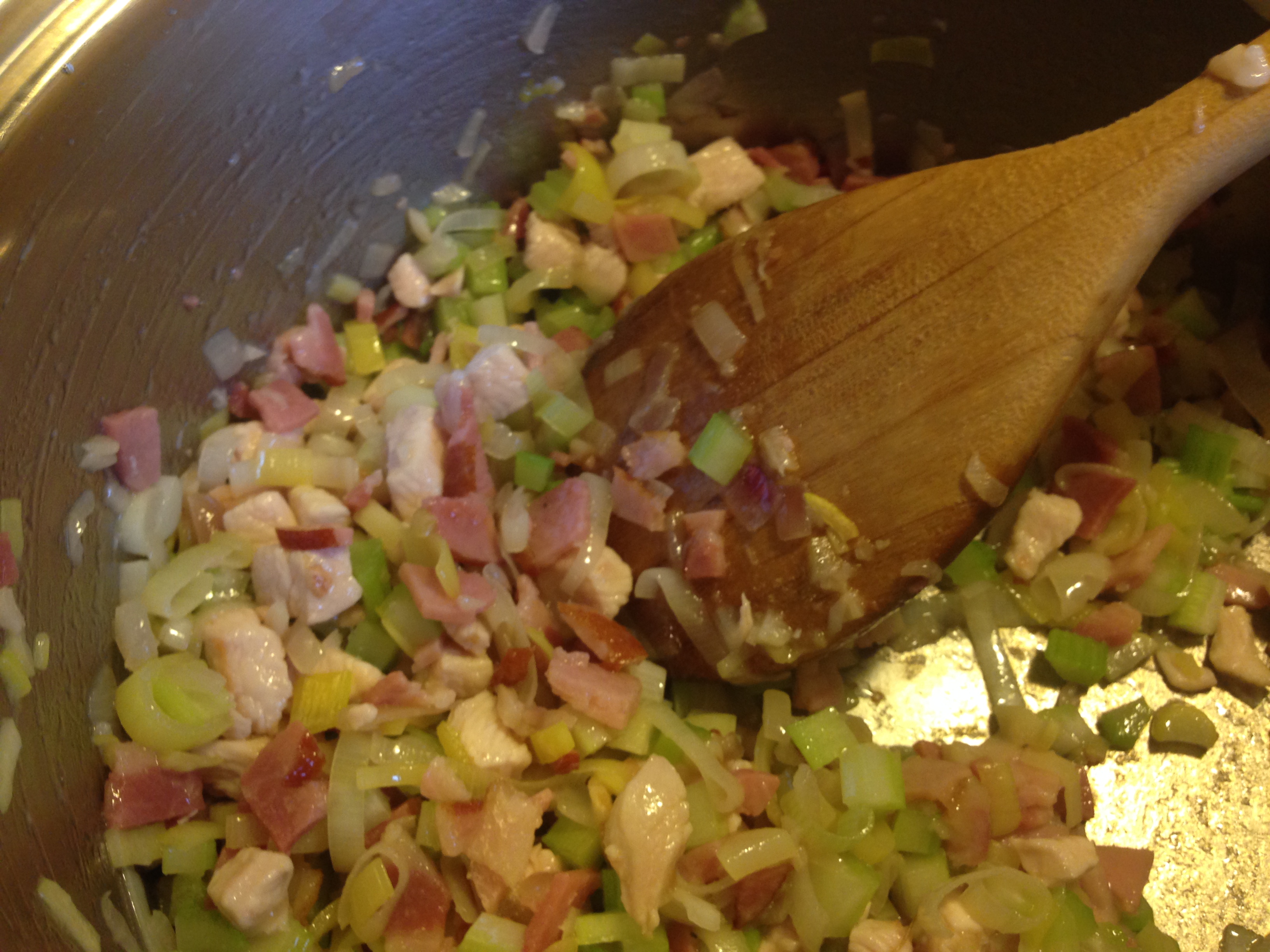 Add the rest of the vegetables or beans/legumes if you are using them, and any dried herbs. Keep fresh herbs and any especially soft and quick cooking vegetables, like small pieces of pumpkin or zucchini, aside until the last ten minutes or so of cooking time.

Pour in the stock. Stir well, bring to a strong simmer and then reduce heat and simmer for one to two hours, covered. 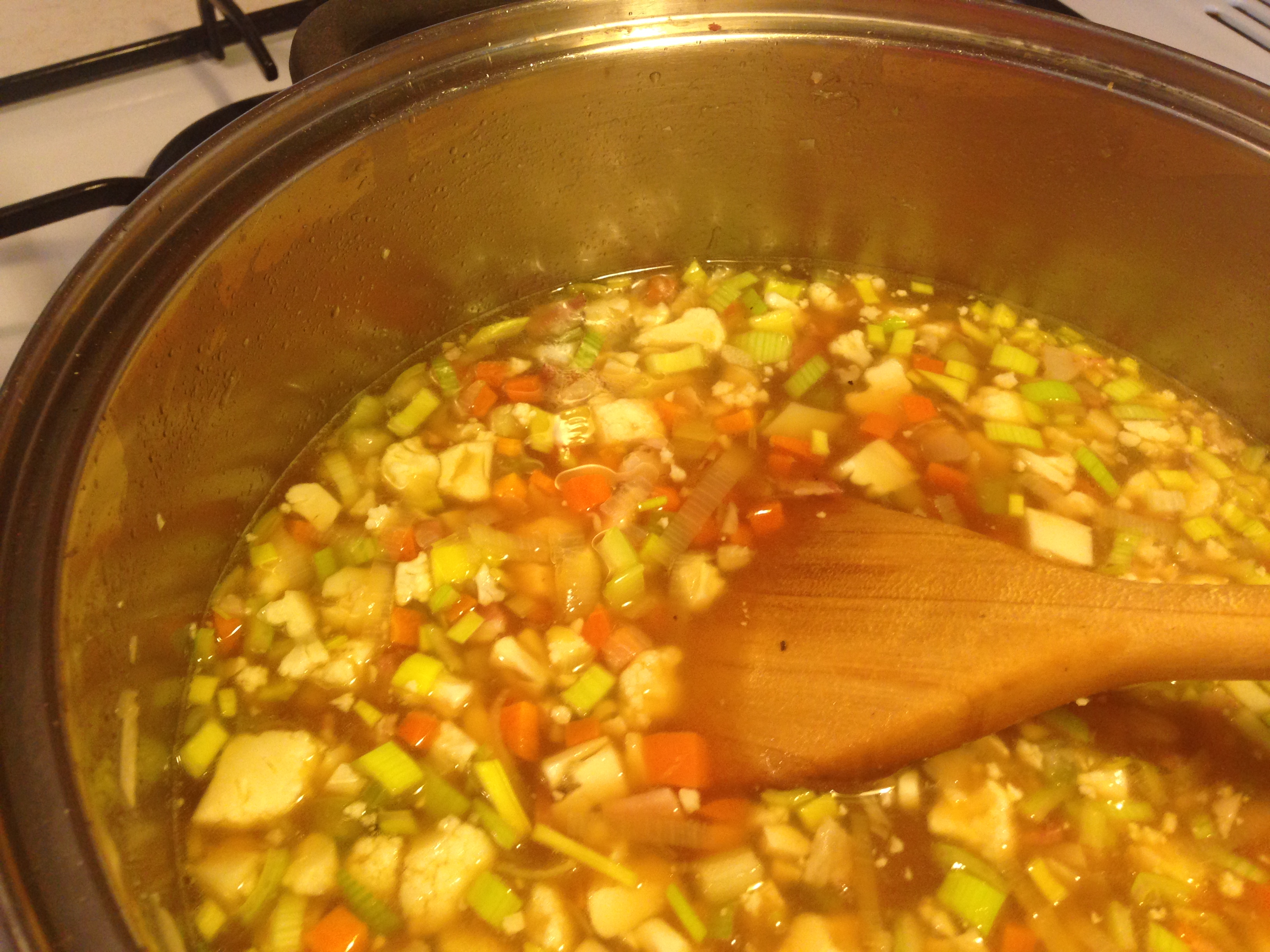 Taste, and adjust if necessary using salt and pepper or a dash of anything else that takes your fancy. It’s fine to add in a little more water or stock too. To finish, throw in the finely chopped herbs and any remaining vegetables and cook on low heat for another five to ten minutes. The humble ingredients will have then transformed into something satisfyingly magical.

Ladle into a bowl and enjoy. I jazzed mine up with a few shavings of parmesan cheese and some extra fresh herbs. Result? Delicious! 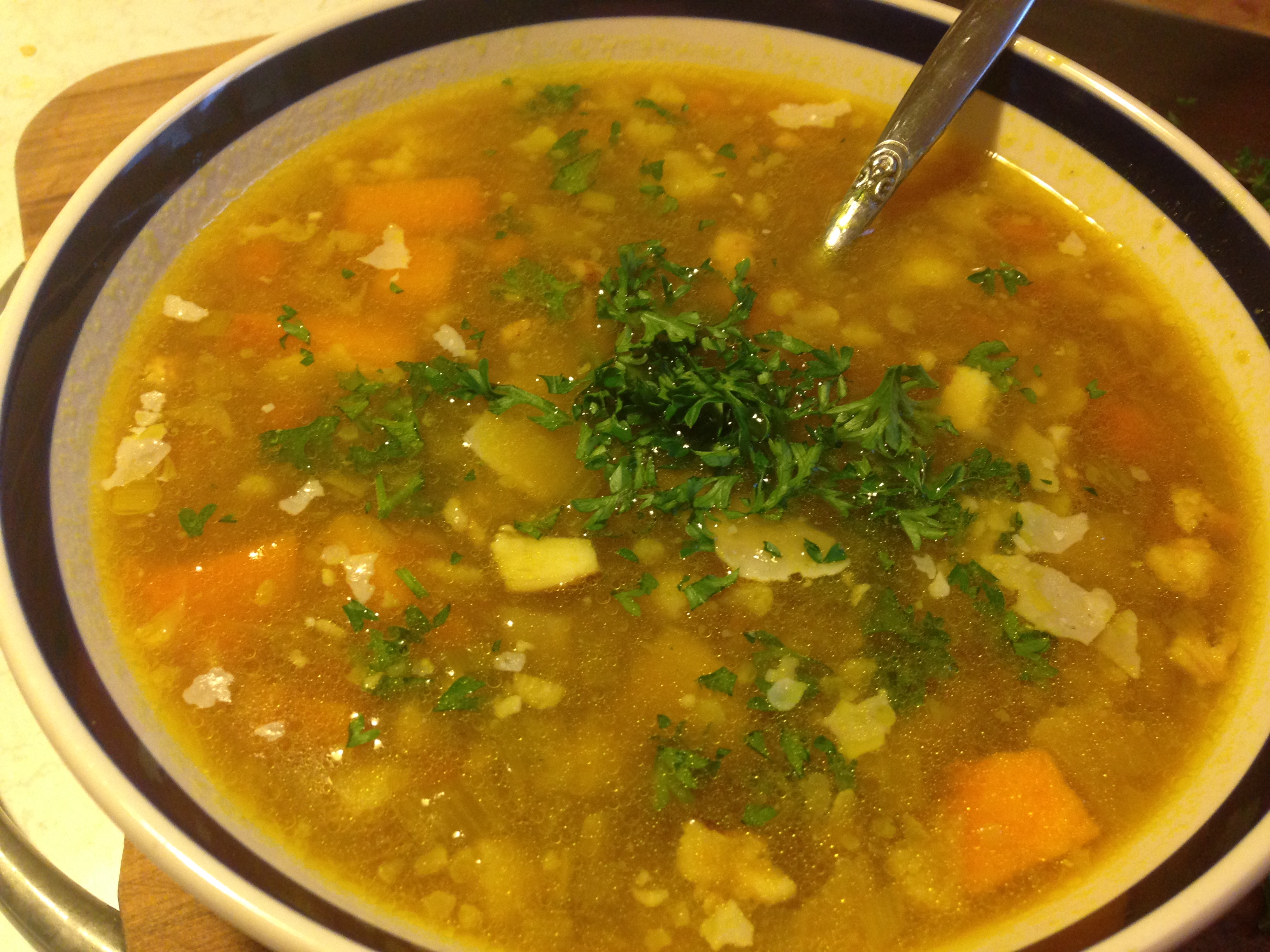 *Note – if your soup ends up very thick, feel free to call it stew and serve it over rice or noodles, or with some thick slabs of toast. Be creative! 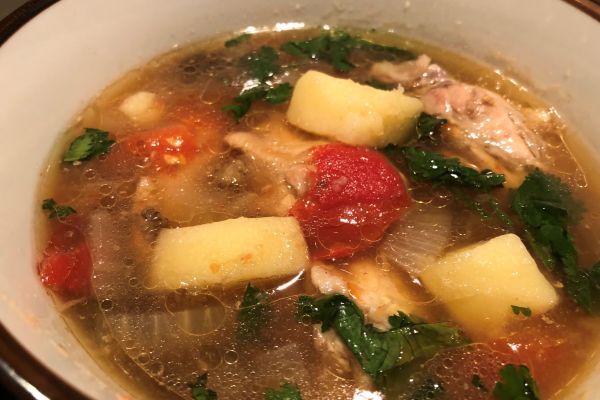