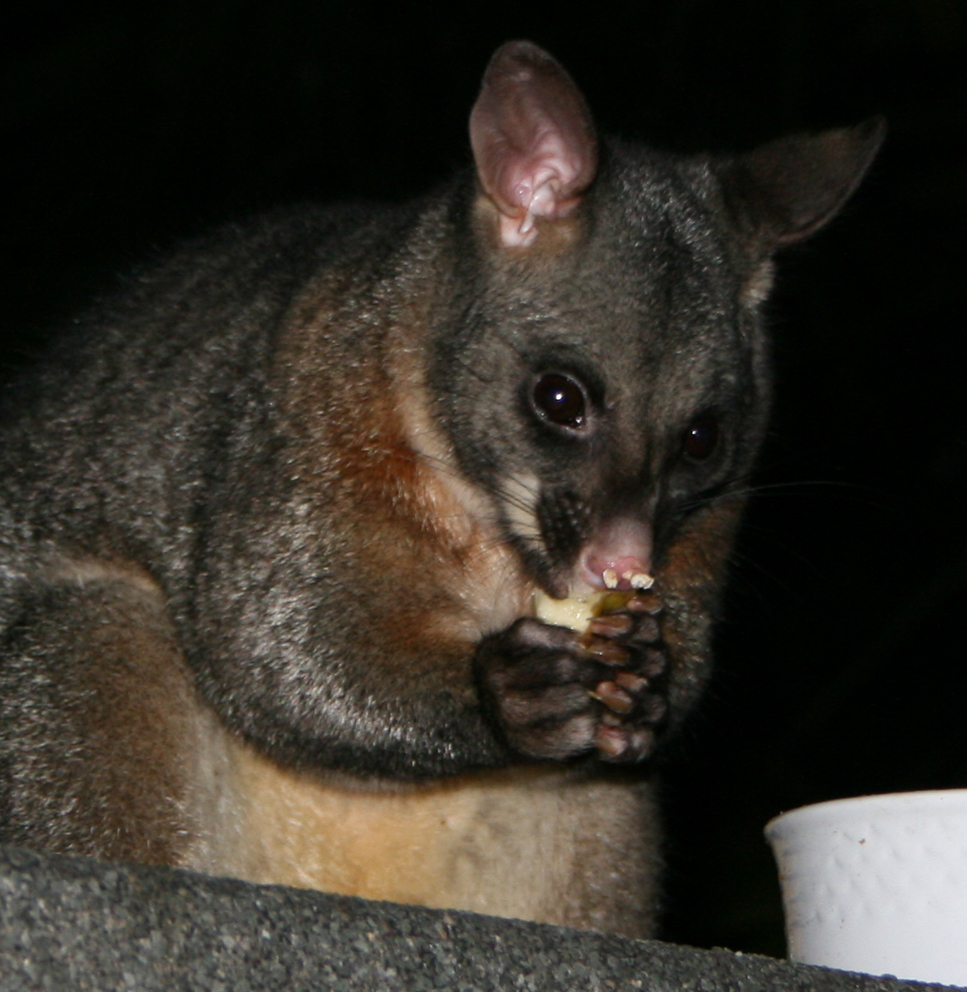 “Now they return home, their bones bruised and their spirit slightly broken, but they’re still alive, and they will be well sometime soon.”
~ Hannah Nikka Bryan, Soldier’s Descent

It’s been blowing a gale all night. The wind chimes have been ringing furiously, and the rustling of the leaves sounds like an orchestra.

Add to this mix the occasional crack of a breaking tree limb, or the thump of something large crashing to the ground. It has been an especially noisy night.

As I sat in meditation in the early hours, I head a new sound. It reminded me of a joke we used to tell at primary school. Q: What goes ninety-nine thump? A: A centipede with a  wooden leg.

Out on the roof I heard step step thump, step step thump. It sounded like a possum with a wooden leg. In fact I was sure it was a possum. This possum was tottering all round our roof in the storm like a drunken sailor on a sinking ship.

When my meditation was done I took a torch and went out to investigate. I couldn’t believe my eyes. It was Bandit!

Bandit is a big male brush-tailed possum. He used to live in our roof a couple of years ago, and then one day he wasn’t here anymore. We thought that he had either been eaten by Cedric, the twelve foot long carpet python who also lives in our roof (up the other end, over my desk in the front room – Bandit always favoured a spot at the opposite corner of the house, in the kitchen, right above a nice warm downlight!), or he had been killed in a possum fight or taken by a wild dog on one of his nocturnal ramblings.

No! This old soldier lives, and he’s come home to rest his weary bones.

I chopped up a ripe pear for him and passed it up using the long barbeque tongs. I watched him walk towards me. His right back leg is stiff and clunky. He uses great effort to move it, just like a wooden leg. But if he was wounded, his wounds are long healed. When he’d finished his pear he waddled over to the impossibly small hole under the eave and squeezed himself through. Time for bed!

As I sit here at the kitchen table, typing this in front of the fire, I can hear Bandit in the roof, snuggling down above the pantry. When he scratches himself it sounds like a miniature dog banging away in the ceiling.

I wonder where he’s been and what adventures this old possum has had?

7 thoughts on “The Return of Bandit”