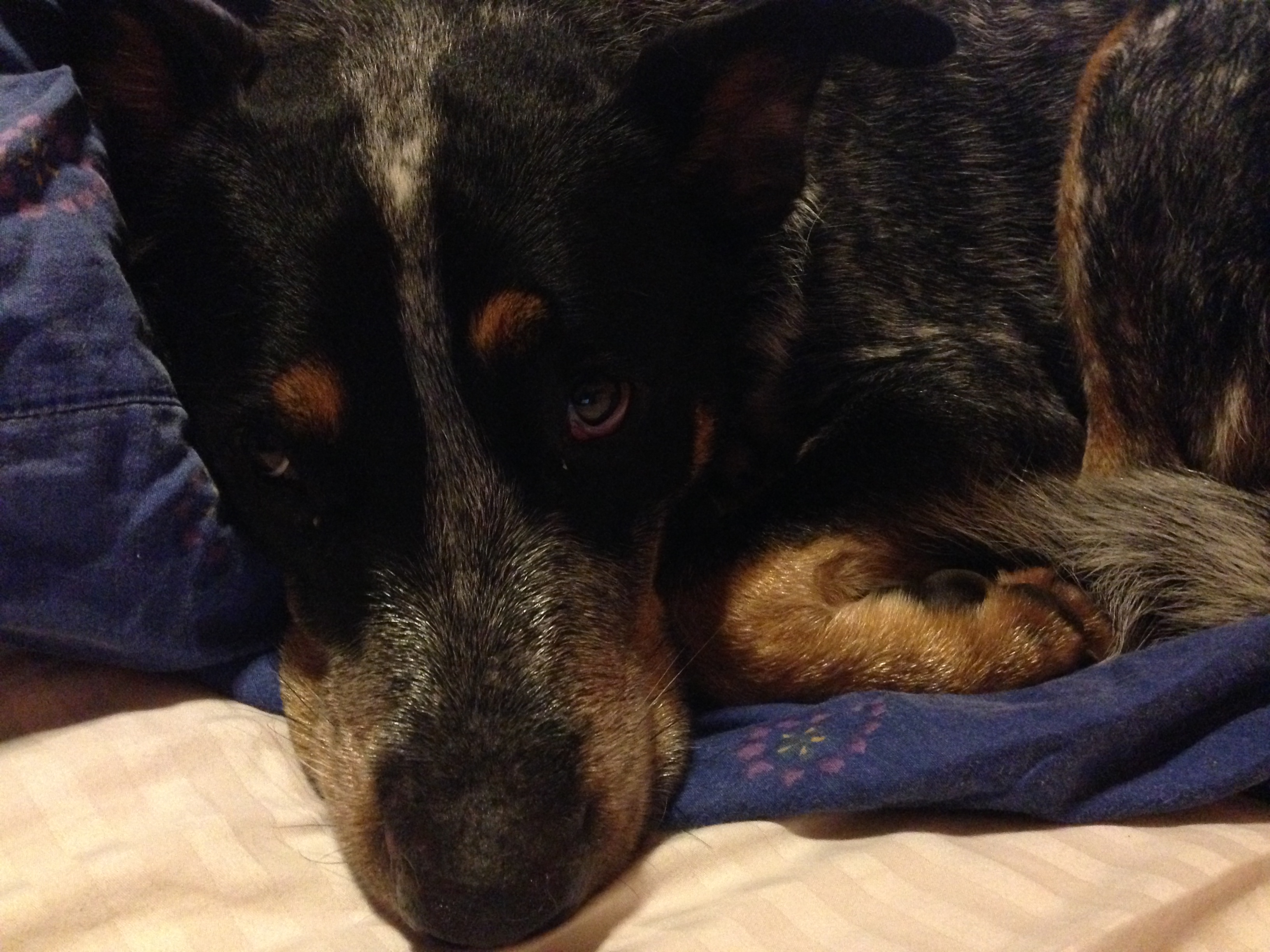 “After years of having a dog, you know him. You know the meaning of his snuffs and grunts and barks. Every twitch of the ears is a question or statement, every wag of the tail is an exclamation.”
~ Robert McCammon, Boy’s Life

Something’s not been right with Harry these past few days. He’s been quiet, out of sorts, and a little bit whiny. Not his normal Cafe Dog personality at all.

And he’s been smelly, which we thought was just his usual farm dog roll-in-all-the-filth style.

Remember when Harry had the terrible accident with the stick?

Last night at the farm he was restless. He went outside and came in smelling worse than ever.

‘I’m giving him a bath,’ I declared, and promptly put Harry in the shower. As I washed him clumps of hair fell out around his neck, clogging the drain. He had lumps and small hot spots everywhere.

‘It’s the stick,’ whispered my fairy friend Sokli in my ear. ‘Harry’s real sick with little nasty bits of stick. He needs the hostibul soon.’

So we grabbed a few things, packed the ute and drove back to Brisbane.

We had a sleepless night with our small hound. He was fretful and in pain, and one by one abscesses rose and burst around his neck. The only thing that soothed him was application of essential oils (Young Living’s Lavender, Melaleuca and Purification in some coconut oil) to the wounds and more oils (Young Living’s Valor, Helichrysum and Joy in coconut oil) on his spine. Ben and I took turns sitting with him until dawn came, so that we could get poor Harry ready for the vet.

We’re heading off now. Fingers crossed for good outcomes for our precious pup!

25 thoughts on “The Harry Emergency” 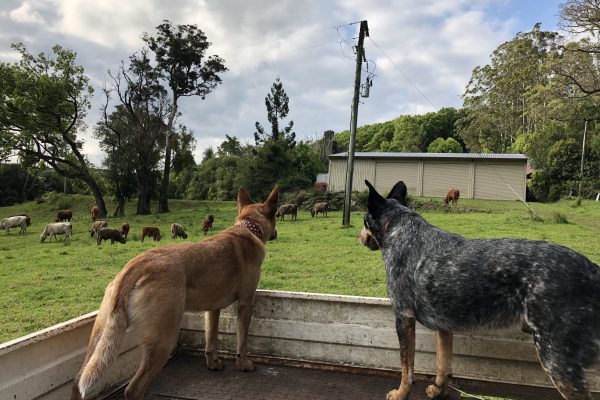