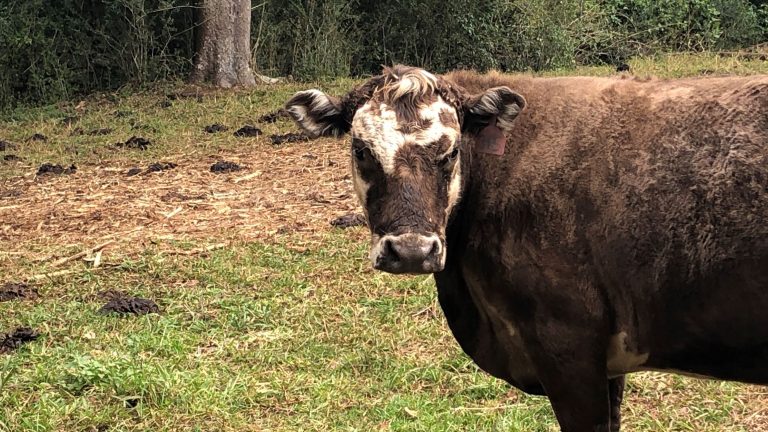 The trick to not being discovered until it is too late is to become part of the expected surroundings. Stealth is more the art of blending in with the background than sneaking through dark shadows.

I know that you’re not supposed to have favourites

I love her for her great big personality, and her utter Queenly-ness. She is pure diva. She’s a girl who know what she wants and who will do everything to get it!

Right now we are weaning late calves. They are locked in the yards being fed premium hay and molasses, while the rest of the herd makes do with end-of-winter pastures. All our cows LOVE molasses, and they love grassy lucerne hay even more. But it’s expensive, especially after Australia’s long summer of bushfires and the continued drought. So only the calves get the hay.

Ben restocks the feeder (a big contraption for holding hay) in the yards daily and Daisy Mae has become very cunning about sneaking up to steal hay from the tray of the truck when Ben’s back is turned. She will hide behind trees, other cows, or even stand out in the open, looking innocent – waiting for her chance. She’s a big girl but gee she is quick on her feet. Her stealth pays off. Almost every day she manages to grab a mouthful of that forbidden and delectable hay.

Here’s her latest trickery, caught in images (see below) as she sneaks from behind the tree, steals what she can and then races back to stand in the open by the tree again as if nothing had happened.

Daisy Mae is a fine role model for focus and determination. 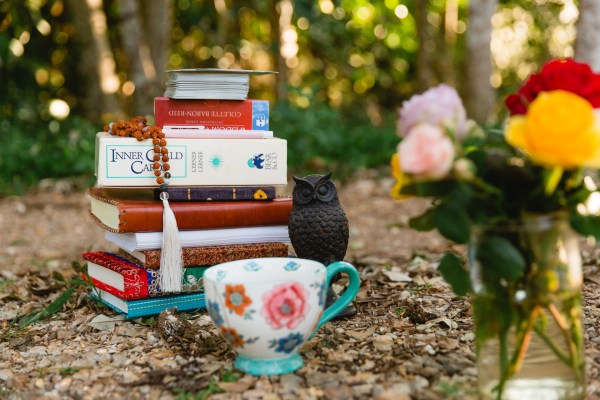