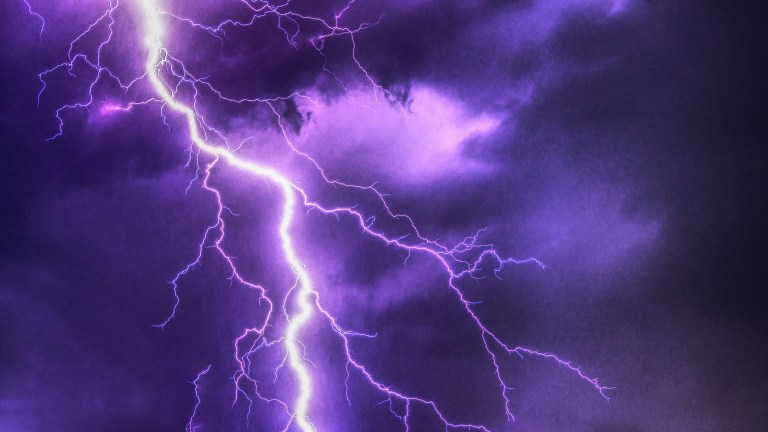 So, Lovelies, on Monday I had a bit of a thing.

We’re in the middle of a heatwave, and a thunderstorm was predicted. The heat was brutal, with that oppressive humidity and energy intensity that comes before a storm.

My problems started as I was walking back to my car in the hot midday sun. Brisbane is smoky right now, from bushfires up on Fraser Island. I had been smelling the smoke for days, and then suddenly as I emerged from a shopping centre my throat became a bit scratchy. By the time I got home, ten minutes later I was at a place where I kept needing to clear my throat because of mucous buildup. I had no idea what was happening, and my first thought was that I had contracted a virus.

By now I could hear the rolling thunder and crack of lightning, but it hadn’t started raining yet. I grabbed a hot drink from the kitchen and raced into my office to run an online Mastermind presentation with some of my students.

I kept apologising to my students as I became more and more raspy. I pressed on, sipping my hot drink, coughing, and hoping things would settle down. The storm sounded closer, and louder.

My chest began to get tight. I got a headache. My vision got a little spotty. It became harder to breathe. I felt tired and a little weak.

Then I began to wheeze. Was this an asthma attack?

I excused myself, dug around in my handbag for an inhaler, and sucked in a couple of drug-laden breaths. It didn’t seem to help. The Mastermind call was almost over by now, so I stuck it out, and then spent a few minutes calming myself after the call. I have NEVER had an asthma attack unless I have also had a chest infection. And my health is great right now. So I wasn’t sure what was going on.

Things got worse. A creeping sense of panic came over me. I was really struggling to get a breath, and it felt like my throat was closing over. I felt faint, my heartrate was erratic, my inhaler wasn’t helping, and my chest was so tight.

I tried to calm myself, but even as I did that, things were getting worse.

I knew my local doctor had a nebuliser, so I called them to ask if I could come in and use it. But they were using theirs already.

At this point I should have been in an ambulance, or at a hospital already, but I didn’t understand how dangerous asthma can be. After so many years of Lyme disease and other medical things, especially where I have often not been taken seriously by doctors, I just hate to make a fuss about my health. I downplay everything. I was hoping I could just breathe myself calm again. But suddenly I had a feeling that I might die if I didn’t get this under control.

I was struggling to get air now, wheezing and feeling like I might pass out. Then the wheezing stopped. I thought that meant I was getting better, even though I was feeling worse. But the lack of wheezing was actually a bad sign. I was now unable to speak beyond the tiniest of whispers. The skin around my mouth took on a blue-ish tinge. I knew that was not good. I relented and asked my husband to drive me to hospital.

Thunderstorm asthma, the doctors told me. It’s a thing. Even with the best of care it took til 2am before my breathing settled again and I could come home.

I’m still rattled, I’m still wheezy, my chest is still a little tight, I’m still triggered into breathlessness when I leave my air-conditioned bedroom or office and breathe in the smoky humid summer air. I have a bag full of medicines and dispensers – preventatives and airway dilators. I have a nebuliser beside my desk that I use as often as necessary. I’m told things will settle as the air clears but to be cautious until my breathing returns to normal. And to go back to emergency if anything worsens.

So, I had a bit of a thing. I’m mostly better now, but taking things cautiously. Am I downplaying it still? Yeah, I guess so. Did it frighten the cr*p out of me? Absolutely!

Today will look like cups of tea, rest, and the safety of my air-conditioned rooms. But yeah, mostly I am okay now.
Biggest hugs and calm breaths, Nicole xx