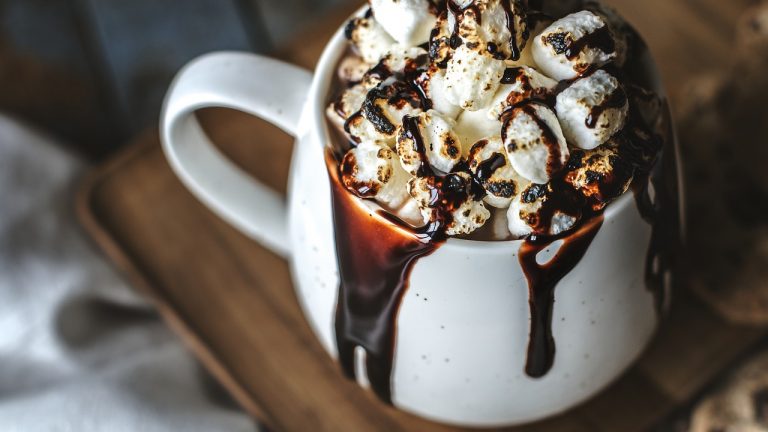 I don’t believe in guilty pleasures. If you enjoy something, you just enjoy it. No sense feeling guilty about it.

Just like the quote, I don’t believe that a pleasure should be guilty either, although I do believe that some pleasures should definitely be enjoyed in moderation. And don’t you think some pleasures cease to become pleasurable when consumed as every day rather than a special occasion thing? (Think Hot Cross buns all year-round instead of just at Easter, for example – ah, but that example might be contentious!)

We don’t have a television at the farm, but we do in the city, and while I’ve been working away at our new website and academy and have been here on my own where the internet is better and more reliable, I’ve finally worked out how to operate the remote control. Guess what? I discovered there are a lot more free-to-air channels than the five I grew up with. Like the Food Network. Oh dear, now I’ve got a thing for a cooking show called Chopped!

In the show, four chefs compete in a television kitchen, using baskets of ingredients that always contain at least one obscure thing, to cook a three-course meal. With every round, a chef is ‘chopped’ until on the dessert round one chef becomes the Chopped Champion. I just love cooking, so I delight in the creativity and madness of the Chopped Kitchen.

So, what’s your guilty (or not) pleasure? I’d love to know. Put it in a comment below, and maybe I’ll get some ideas for more good stuff to try!

2 thoughts on “What’s Your Guilty Pleasure?”