“Oh, pity the poor glutton
Whose troubles all begin
In struggling on and on to turn
What’s out into what’s in.”
~ Walter de la Mare

There is so much fallen fruit beneath our heavily-bearing guava tree. Even when I pick a full basket in the morning there is fruit on the ground by evening.

Guavas are a little like tennis balls. They are roundish. You can thrown them. They roll down hills and are good to chase. They are also handy for playing ‘fetch’ and ‘tag’. Harry was delighted to find out how much fun they are. It wasn’t long before he had lured Bert into a game.

But then came the problem. Harry joyfully tossed a guava to Bert. Bert skillfully caught it in his mouth and chomped.

The expression on his face was priceless. “Hmmm…” he seemed to say, ” a ball that tastes juicy and delicious.” Instead of playing nicely and returning the guava to Harry, Bert ate it!

This went on for over an hour. Harry would fetch a new guava, throw it around a few times, toss it to Bert and Bert would eat it.

Eventually Bert cut out the middle man and moved under the guava tree, hoovering up everything in his path. I swear he ate his body-weight in fruit.

And now, of course, he is paying the price.

We’ve been up half the night, in fact.

Bert is not a happy camper.

Moral of the story? There really can be too much of a good thing. 🙂 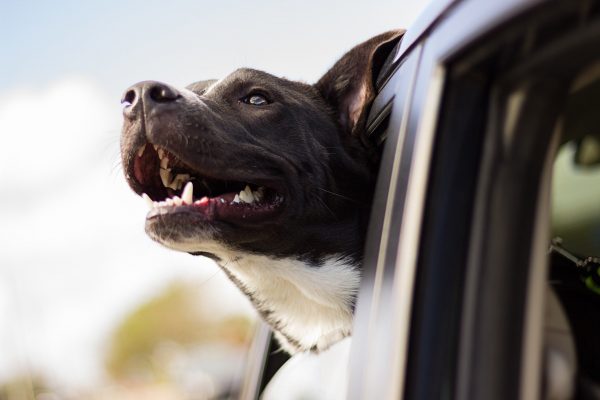