A few years ago I wrote a blog post about vomiting in public places. It was quite controversial. Many people thought that talking about vomit was something one shouldn’t do in polite company.

But the fact is, all of us, at one time or another – have been ill. Have been unable to control what was happening inside us, or what came out.

Why is it then, that there is such shame about our bodies and their functions? We all have bodies. We all breathe, ingest, expel.

I’ve recently been undertaking a new drug regime for one of the co-infections that are common with lyme disease. Over thirty years, lyme has given me an abundance of shameful and humiliating moments, symptoms and afflictions. This current treatment is working well, but it has also had some very uncomfortable side effects.

It’s usual to herx when you’re killing bacteria. As they die the bacteria release toxins into the body, causing a herxheimer response. Inflammation and toxins can cause headaches, gastro upsets, pain, rashes, fevers and fatigue, among other things. I’ve become quite the pro at managing herxes, and also my medication dosage rates so that I don’t herx too aggressively – which can become a dangerous thing.

This time, while on old-school IV anti-malarials two things have happened. Firstly, early on, I began to slur my words and sound like a drunk. This has happened before. It was intermittent, but annoying and then it stopped after a few weeks. Luckily I was mostly at home in my pyjamas, so it was quite a manageable thing.

The second thing caught me by surprise, while I was at my doctor’s rooms not long after beginning my first treatment. I was standing, talking to my doctor, feeling quite good, when they said to me, “Ah, Nicole, you’ve just wet yourself.”

Yep. We need to talk about wee…

I looked down and sure enough I was drenched in urine. It had soaked my jeans, and was running into my boots as well as puddling on the floor. My dear doctor, who had been planning a gym visit later that day, lent me a pair of dry tracksuit pants and I hightailed it out of there, feeling quietly humiliated although the doctor had been nothing but kind and supportive. I mean, what grown-up non-comatose-drunk adult pees their pants for no good reason?

I convinced myself it was a response to having sat at the end of an IV drip for the previous hour. But the next day I was standing at the clothesline, hanging out some sheets and it happened again. A stream of wee running down my legs, when I’d had no warning. No urges. Nothing.

Suddenly I found myself in a situation where I had no control over my bladder.

Welcome to the world of neurological-induced incontinence.

When I mentioned that I was going to blog about wee yesterday, women in the know nodded their heads. For some women a sneeze, a laugh, a cough, vigorous exercise and a little wee just squeezes out. Urinary incontinence is common in women during pregnancy and after childbirth. It can also be triggered by a prolapse, fibroids or endometriosis, and menopause.

Prostate issues and prostate cancer or the side effects of prostate treatment is a major cause of incontinence in men. Medications, injury, nerve damage, asthma, obesity, diabetes, arthritis, Parkinsons, MS, dementia, lyme and other chronic illness can create incontinence issues. Head injuries are a common contributing factor.

Anyone can be affected. And it’s something no-one talks about.

For some people urinary incontinence is a feeling of urgency, or a little leakage. For me it has been full-blown uncontrollable complete emptying of my bladder.

I used to laugh at the Tena Lady ads on television. I’d make jokes about Depends undergarments. But suddenly I needed to use them.

My incontinence wasn’t caused by pelvic floor weakness or infection – my problem stemmed from the brain. I’ve suffered bouts of neurological incontinence before. It has been infrequent, and usually when I’ve been very, very ill. It has sometimes been triggered by antibiotic use (which induces herxes). Sometimes it has been triggered by the bacteria themselves as they have taken up residency in my brain. Each time it has been embarrassing, limiting and sometimes downright humiliating.

This time my incontinence has been prolonged rather than an occasional random incident. Almost two months of almost daily ‘accidents’ – a flood that could not be held or managed by a Tena Lady discrete incontinence pad.

No, in the end I’ve needed adult diapers – the equivalent of big-girl pull-ups. I really wanted to believe that I wouldn’t need them. That somehow it was a passing phase, and I’d regain control. But after I wee-ed on every single pair of pyjama pants and tracksuit bottoms in a single day, relegating my entire comfy clothes wardrobe to the wash, I capitulated.

I googled adult incontinence devices. How reassured I was to see these magical underpants absorb whole cupfuls of gaudy pink liquid. How disquietened I was to think that I might need plastic undersheets and an epic amount of odour mitigation.

This wasn’t how I’d wanted my life to be. (Please don’t tell me shit happens – that’s a whole other blog I am equally qualified to write!)

After I got my big-girl pull-ups I was so self-conscious. I was sure you’d be able to notice them under my clothes.

And what if they leaked?

Babies wear nappies, and babies have epic leaks. Ask any parent. Any nurse. Any childcare worker. Or get brave and ask any aged-care worker, like I did. Yep, adult nappies can leak too.

Cue all of that insecurity I first experienced wearing a menstrual pad.

I thought about not drinking water before I had to go anywhere, but water was an important part of my detox routine to manage the herxes. It was a no-win situation.

So in the end I decided to accept that for now, normal meant wearing my big-girl pull-ups. I packed extra pull-ups and extra clean underwear and pants in my bag, and I got on with my life.

I am now a mother to myself. There is no way I’d let myself sit in a cold wet diaper for hours. Unlike many people with illness, disability or frailty I’m blessed with the ability to change and look after myself.

For the most part, it’s actually been okay. And I’ve been sharing what’s happening with me, as much as it has sometimes caused embarrassment or discomfort in others.

As this round of medication ends the incontinence issue should subside. But for me this whole wee thing has been a huge learning curve, including one of supreme self acceptance.

I don’t think these simple human issues should be given the silent treatment. I never thought incontinence would happen to me (certainly not while I am still young), and now it has I find that it also affects so many other people or their family or friends. Perhaps I wouldn’t initially have been so cripplingly shamed and worried if we were all more open about this.

If you suffer from urinary incontinence go have a chat with your family doctor. There is so much that can be done to rectify, cure or manage your situation.

The Continence Foundation of Australia is also a great place to find out more.

We’re human. We poo, we wee, we vomit, we leak. We have bodies that will work well one day, and not so well the next. It’s part of life. 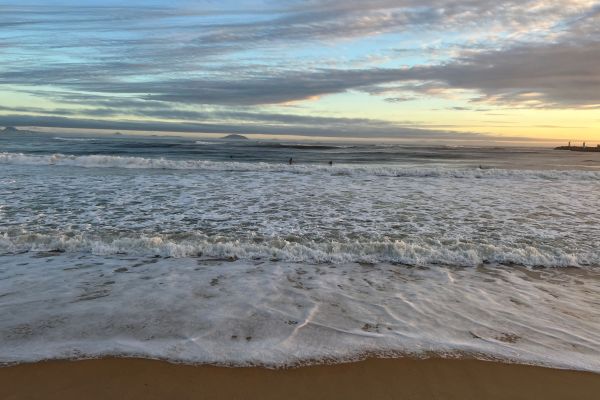