“Very few beings really seek knowledge in this world. Mortal or immortal, few really ask. On the contrary, they try to wring from the unknown the answers they have already shaped in their own minds — justifications, confirmations, forms of consolation without which they can’t go on. To really ask is to open the door to the whirlwind. The answer may annihilate the question and the questioner.” ~ Anne Rice, The Vampire Lestat

The next installment in my Kimberley Story…

Many years ago, when I lived in the remote Outback on a million acre cattle station at the top end of Western Australia I learned a number of important lessons. One of them was about questions and answers.

It took me a while to understand the etiquette involved in directing a question to an Aboriginal Elder. At first I just did what I’d always done. I looked the person in the eye and said exactly what was on my mind. Politely, of course. Respectfully. I would then wait for my answer. If they seemed to misunderstand I would reform the question in my mind and ask again in a slightly different way.

Somehow that didn’t work for me once I moved to the bush.

One of the first things I did was ask the Aboriginal Stockman what was so important about me seeing owls. At night I watched the owls as they came to the trees around our campfire. If I went on a moonlit walk they followed me. Owls had suddenly become a big part of my life.

He ‘hmmphed’ at me and turned on his heel, slouching off in the opposite direction. My question? Ignored. After that I was too shy for a long time to ask again.

As I became comfortable with Aunty and Grandmother, two Aboriginal Elders who came visiting, I decided I needed to ask about the owls once more. I was seeing so many of them now. There were usually seven at the camp fire each evening, sometimes nine. Two always followed me as I made my way back to my room or out for a walk with my dog. It seemed a bit weird.

“Aunty?” I started one afternoon as we drank tea in the shade of a big tree near the camp kitchen. “Can you tell me about the owls?”

Aunty ignored me. She sipped her strong sweet tea and scuffed dirt with her toe. After a while she took a hard gingernut biscuit and dunked it in her tea before slurping at it noisily.

I tried again. “Aunty, I did ask the stockman about it. I asked him several times in fact, but he won’t tell me.” I looked across at her but I couldn’t catch her eye.

Grandmother, who was much younger than Aunty, nudged my arm. “Not his place.” Her voice was gruff with disapproval. “Dat question for you to ask women. Dat question women’s business. You rude girl to ask him. Make him feel very uncomfortable.”

My cheeks burned with embarrassment. I’d made a huge cultural gaff. “I didn’t know! Oh goodness, I’m so sorry. I should go and say sorry at once.”

I stood up, and Aunty put her hand on my arm. “Sit, girl.” She laughed softly. “You aren’t to know our ways.” She went back to dunking biscuits in her tea. After a long silence she said, “Hurry-hurry answers no good for a big question.”

“Is it a big question?” I asked stupidly.

Aunty reached for another biscuit. She dunked it in her very sweet milky tea, turned it and dunked it again. Then slowly she nibbled around the edges in a neat circle. The remaining biscuit she placed on her spoon, lowering it into her mug of tea and watching it carefully. After a few more minutes she brought it to her mouth and slurped the soggy mess with great satisfaction.

I sighed. We weren’t getting anywhere.

She put up her hand to stop me talking. “Girl, stop askin’ dem questions. Listen!” The old lady then resumed her biscuit dunking.

Listen? To what? No-one was talking. In the background I could hear the hum of the station’s big diesel generator. In the kitchen Cookie was clanking pots and pans and whistling badly to some tune on the radio. Down in the yards one of the men was breaking in a horse and I could hear the occasional crack of a whip. The afternoon breeze rustled the leaves above us.

I was really getting frustrated with this cultural divide. Why wouldn’t they talk to me?

I took the empty pot into the kitchen, and was surprised when Grandmother followed me. “Girl, let me teach you how to do proper asking. Okay?” Her eyes were kind.

“Aunty a very old lady now. Elder for our mob. She holds many many things inside her. Big job to do that. You want to ask something? Go up to her, not looking in her face. That shows respect. If she sits, sit beside her, facing same way, looking out. If she stands, stand beside her. Not too close. Look out like she is looking out. Then ask your question.”

I’d been doing it all wrong. I felt sick with shame.

“One more thing,” Grandmother stopped me in the doorway. “If your question little question, not very important, Aunty tell you straight up. But if question big-time question, big important one for you, she make you wait so you will respect the answer. If it’s not your question she say nothing at all. She just look away. If not your time she look down. That tell you one day it can be your answer but not now.”

I wrestled the information in my head. It wasn’t what I wanted to hear. It wasn’t how I’d been brought up. I grew up with teachers and libraries, encyclopedias and dictionaries. I’d been encouraged to learn, and to seek answers everywhere. I was used to information on demand, or as a result of how hard I worked. How could I succeed in a system where I couldn’t make things happen as and when I wanted them to happen?

Banging through the screen door I brought the teapot back out to the table. Aunty was still sitting in her chair, so I dragged mine around to her side of the table. I looked out to where some lorikeets were playing noisily in a blossom-laden tree.

I poured more tea and we watched the birds. I waited, agonizingly patiently, before starting again. When I spoke I looked out at the birds, and kept my voice calm and moderate. “Aunty, why are the owls important?”

She blinked and nodded her head slightly, indicating that she’d heard me.

“Well?” I wanted to yell. “Why can’t you just tell me?!!!” But of course I didn’t. I sat there patiently all afternoon.

Aunty never gave me an answer that day. When they said goodbye she put her warm hand on my front, over my heart. “You got to listen. Dat big heart of yours can listen. Dat heart know tings. Too much head, too much hurry-hurry no good. No good for you.”

As I lay in bed that night all I could think was that somehow my question was a ‘big-time’ question. But she hadn’t looked away, and she hadn’t looked down. She WAS going to give me an answer. Not in my time though. In her time.

How long would it take? 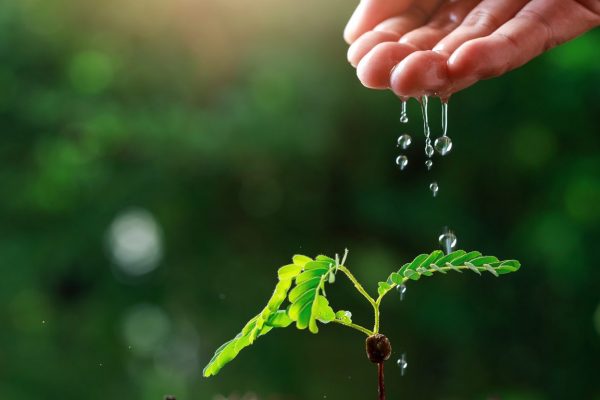