“It seemed so natural, receiving it, watching others receive it, assuming that the approval of others determined our worth. Then one day we found we couldn’t feel any worth without it. We’d forgotten that we were gifted in ways unimaginable, created with a unique purpose like no other, that people are hurting, that we beat that same hurt and we can help them. There is no one as valuable as you. Unlearn that old lie.”
~ Lee Goff

A client rang me in tears recently. She’s in the entertainment industry, and in the past few years her life has changed radically. In a good way. She has an agent, contracts, a tour. After years of obscurity she is doing so well.

So why the tears? She found herself in a luxury foreign hotel, hoarding the soaps, tiny bottles of shampoo and shower caps. Her suitcase was stuffed full with them. She confessed that deep down she’s expecting the ride to end at any second. Right as she’s in production of another album. Right as her sales are going through the roof. Right as she’s finally got a team of people who believe in her and who are carefully and wisely managing her and her career.

And then there’s the woman who has turned her life around. She’s kicked the loser boyfriends to the kerb, ended years of battles with various addictions and co-dependency and her life is wonderfully on track. Now she’s manifested this great new man. A really fabulous new man. He has his life together, he adores her, he wants her in his life and he doesn’t mind how long she takes to get used to that idea. She wants it too, with all her heart. But she’s terrified, and she told me she doesn’t know what to do…

What do both of these women, and countless of my other clients and friends, have in common?

Those issues might have been patently apparent at one time in their lives. Back when things really WERE bad. When they were in abusive relationships, caught in addiction, broke, starving, homeless, going nowhere or any of the other very visible outward signs of things not being right.

They will even put their hands up now and own how bad it was. “Yes, that was me, Nicole. I was a mess. I was broken. I was making bad choices. Nothing was going right…”

Then they pulled themselves up by their boot straps. They got help or wised up and sorted things out. They started making better choices, and got rid of or distanced themselves from the broken and the messed-up.

But is it true?

The litmus test for anyone’s self-worth isn’t how we cope with the hard stuff. Both of these women, and most of the other people I know in similar situations, KNOW how to cope with the hard stuff. Another ratbag boyfriend comes along, they recognise the signs and boot him to the kerb. Begin to get addicted to some new thing. See the pattern. Break the pattern and come back to a place of healthy managing again.

I still only know how to work and live along the spectrum of broken and messed up. I have the skill set to thrive in attracting and then avoiding or managing various degrees of some aspect of my life always being out of balance. How will I cope and succeed if the rules change and everything starts going my way? I don’t trust myself in that unfamiliar environment, even though it’s what I want for myself.

Why? Part of me is still very uncomfortable with the whole concept of worthiness. I don’t know HOW to sit in the allowing of life becoming better and better, with my personal and professional relationships actually being functional and healthy. I don’t know how to be in flow. Flow is terrifying. Everything going right for me is terrifying. Because I only know broken and messed up, and that territory is safe and familiar and I can shine there. If I’m fighting broken and messed up, and I’m beating it, then I must be worthy, right? I’m earning that worthiness.

I don’t know how to shine when it’s all going my way. It makes me uneasy. I don’t know the rules. I can’t control this new space. Therefore I keep looking over my shoulder waiting for something to go wrong. I’m much more at ease in dealing with things going wrong and then pulling myself up by my bootstraps. It’s what I do. It’s what other people know and respect/admire/value/ me for too. Being a fighter and a hard worker and a survivor has shaped who I am.

In fact, I can get SO panicked and uncomfortable with this feeling of ease and flow that I will find a way to sabotage myself back into a little of that broken-ness because that’s where I feel safe.

When we have a self-worth issue, we put the speed brake on ourselves. We do anything we can to slow down our acceleration into that better place, and often we don’t even realise that we’re doing it.

We limit ourselves. We talk ourselves down from that scary high place. We come back to a level that feels more manageable.

What I want to encourage you about today is expansion. I want you to embrace standing in that place where the view is unfamiliar, and to be brave enough not to turn around and run.

When we’re growing and moving forward it will always feel uncomfortable to start with. And you’ve already been here when you’ve made smaller positive changes in the past. What you’re starting to get now is momentum. With momentum everything happens faster. We attract more synchronicities, opportunities, good relationships, sound ideas.

The speed of the positive change can feel a little or a lot overwhelming. We will always grow out of our comfort zone, adjust, get cosy, and then expand and start the process over again.

Give your self-worth time to catch up. Trust that you were born worthy, and that better and better can happen for you if you are open to allowing that energy into your life.

Stop worrying about fear of failure, fear of success, letting others down, letting yourself down, being ready or whatever other story you keep telling yourself.

Instead, practice awareness. Be present. Stay in the moment rather than clinging to the past or projecting too far into the future.

I have so much faith in you. You can do this!

Much love to you,  ♥ Nicole xx

28 thoughts on “The Unworthiness Issue OR Why am I freaking out when things are finally going so well?” 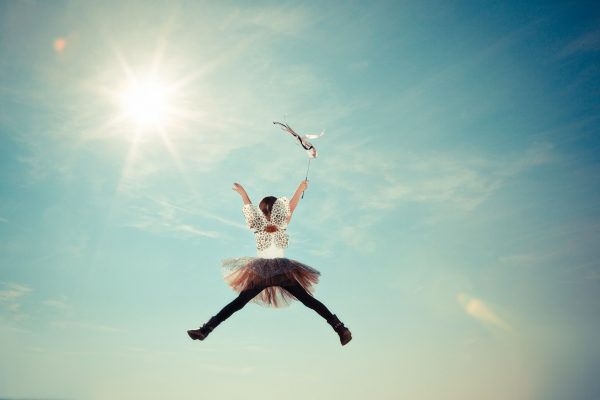