“She’s mad, but she’s magic. There’s no lie in her fire.”
~ Charles Bukowski

Note: All names have been changed to protect the identity of those involved

I was sitting on the veranda at my farm last week, a cup of tea and a notebook in front of me, when suddenly I began to smell smoke. I heard the crackle of flames. I felt a rising panic.

I shook my head, and sipped my tea. Bushfires were raging in other parts of Australia, but not where we live. All around me was green, lush and damp. There was no fire, and no chance of one.

But the image wouldn’t leave me.

One moment I was looking at her, and the next I was looking through her eyes. She was alone, in an old timber cottage near the top of a hill. Scrubby paddocks fell away below her front fence, and behind her were clustered hundreds of eucalypts. The air smelled of smoke. Small embers and ashes floated down on the wind as she surveyed the valley below her. In the background I could hear the tinny sound of a radio. She was looking out the window, wondering how long it would be before the smoke cleared and she could hang out some laundry.

There was one narrow dirt road that terminated at her home, and then meandered back along the ridgeline and down the hill to her daughter’s farm.

Why was I seeing images of this old lady? Why was I in her head?

The farm! I knew the farm. I knew the daughter. Margaret. A client of mine. I’d never met her in person, but I’d seen a photo of the sprawling farmhouse. I’d seen a photo of Margaret, a middle-aged woman, and photos of her husband, pictures of their children and grandchildren, and one old photo of Margaret’s mother (the elderly lady in the house on the hill) from when she was much younger.

There was the smoke again. There were the flames. A ghastly understanding came over me. The elderly mother was in danger from a bushfire.

Excusing myself (Dana and Ben were sitting outside with me, so that we could work on my business plan), I hurried inside and looked up Margaret’s details from when I’d done a reading for her a few years before. And then, heart in my mouth, I rang the number.

I felt so stupid, introducing myself, and then telling her my concerns.

‘Yes,’ Margaret said, a disbelieving tone in her voice. ‘We’ve got bushfires here right now. But the firefighters say we’re out of danger. The fires have gone past us and over the next ridge. Mum’s fine. We’re all fine.’

‘No,’ I said. It came out more forcefully than I’d intended, but the conviction was so strong in me at that moment. I could taste the smoke in the back of my throat. My heart was pounding in my chest. I needed to make her understand. ‘The wind will change this afternoon. The fire will swing back around. Your mother is in danger. She needs to leave her home.’

‘Really, it’s fine,’ Margaret said to me. ‘There might have been a danger before, but it’s all sorted now. Thanks anyway. Goodbye.’ She hung up the phone.

I went back outside and sat down.

No. It wasn’t. I was shaking, I was so upset. I knew I hadn’t made myself clear enough. I felt frustrated and powerless. Briefly explaining the situation to Ben and Dana I then decided to make another call.

Margaret answered, sounding stressed and cross. ‘Who’s on the phone, love?’ I heard a man’s voice say. ‘Tell him yourself,’ she said curtly, handing the phone to her husband. I could tell she didn’t want to speak with me again.

‘I know you,’ he replied.’ You’re the lady with the blog. That psychic lady.’

‘Yes. Yes,’ I said, ‘I’m that lady. I’m so sorry to bother you, but I believe your mother-in-law is in danger. The fire is going to swing around this afternoon and she’ll be cut off. I’d be so appreciative if you could go and check on her and bring her back down the mountain.’

There was silence at the other end of the phone. ‘You sure?’ he said finally.

How can you ever be sure of something like this?

Before I could answer Pat sighed. ‘If you reckon I should, I’ll go get Nan. What harm can it do?’

‘Thank you,’ I said, relief washing over me. I said goodbye and hung up. All day I wondered what had happened, and if the family were okay. I went to bed sick with worry.

The next morning I saw that there was a missed call on my phone. Pat had called late the night before, and left me a message. The fire had changed direction late in the afternoon, and it burned the elderly woman’s cottage to the ground. His wife Margaret was sorry she’d been so dismissive. He was calling on her behalf. She was too upset to talk but wanted me to know that her mother was safe. He thanked me profusely.

When I played that message back all I could do was cry with relief. I’m so glad that I got past my discomfort and called that second time.

It’s worth acting on insights, even at the expense of your own sense of embarrassment or shame. If the worst that happens is that you are wrong, or that you embarrass yourself, so be it. But what if your insight was correct, and you never acted?

22 thoughts on “Acting On Insight” 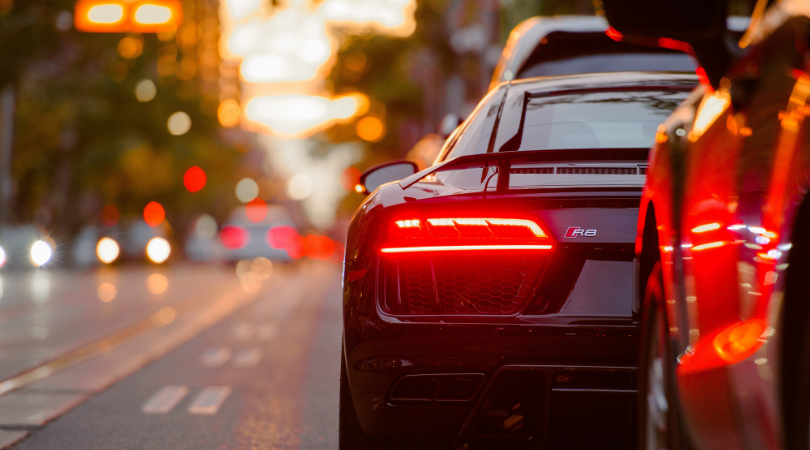