‘All delays are dangerous in war.’ ~ John Dryden

There’s a war going on in my body.  In fact it’s been going on for a quarter of a century.  First there came the enemy invasion. There was no loud and obvious display of force. Instead it was an invasion by stealth. A mass of tiny bacteria, regurgitated from the stomach of a tick, entered my body via its bite.  My body fought back, and it’s been fighting ever since, but this is a war where the odds for victory aren’t high, and decrease resoundingly over time.

Amazingly, I recorded a tick bite in my sister’s school diary in August 1984, and actually taped the tick to the page! (Why would I do that?) A short while later I was diagnosed with German Measles, but looking back I am sure my rash was tick related, and anyway I had already had measles, and at the time no one else at home or school became sick. I was sixteen years old; bright, ambitious and high-achieving. Sadly, that was all about to change.

For some reason Simone remembered and dug the book out, all these years later…

Oh my goodness what a rough road it’s been since then.

My recent diagnosis after years of chronic illness is end-stage lyme disease with heart and neurological complications. I first received a clinical diagnosis of lyme weeks ago, based on my medical history and symptoms.  But I have come to distrust diagnoses – I’ve had so many, and been so disappointed when I’ve not been able to be healed of these things, or the diagnosis has later proven to be wrong. Then, two days ago, I received lab results that made the diagnosis definitive for me.  I finally have a piece of paper I can hold in my hands, reassuring me this whole thing is most definitely not my imagination.

It’s not a great diagnosis. There is much collateral damage after such a long time with this war raging within me. My results list brain lesions, advanced Hashimoto’s thyroiditis, lyme carditis and dilated cardiomyopathy, a weird undiagnosable multi-drug resistant gut parasite, severe adrenal fatigue, almost zero DHEA or cortisol or other good hormones, tumors on my ovaries, enormous uterine fibroids, lots of deficiencies due to malabsorption issues, and in fact I could go on. It’s a long and very depressing list, and the catalyst for it all is Lyme…

Here’s my brain in 2000. It’s much worse since then. In fact, I stopped getting SPECT scans because they became more and more depressing.  There is nothing quite like watching your brain get hole-y and feeling your cognitive function slide. Luckily I had a genius IQ to start with (seriously – LOL) so I had a little more up my sleeve, or at least that’s what I keep telling myself!

I have fought for a diagnosis for a long time, and I’ve had many. Included in the list have been Chronic Fatigue Syndrome, Ross River Fever, Q fever, multiple chemical sensitivity, ME, Fibromylagia, Post Viral Syndrome, rheumatoid arthritis, lupus and multiple sclerosis (both later recanted), Bell’s Palsy, Guillain Barre, Acquired Brain Injury (I love this one – it sounds like I went down to the shop and just ‘picked one up’…), depression, non-specific auto-immune disorder, mitochondrial disease, endometriosis (but my gynacologist can only ever find gross inflammation, NOT endometriosis affected tisssue), and recently ideopathic dilated cardiomyopathy and congestive heart failure..

I’ve also been told over the years that this is all in my head, and that my condition is psychiatric. That’s done so much damage.  I doubt everything that happens. I blow off the worst of symptoms and take ages to act on new health problems. After complaining of severe chest pain on many occasions to my general practitioner, I was told it was stress related, given a script for ‘something to relax me’ and advised to ‘learn to meditate’. It was recorded in my chart that I was a hypochondriac two days before I was hospitalised with a major heart attack.

I always knew there was something VERY wrong, but it has been so hard to find doctors who would take me seriously, or who could manage me on an ongoing basis.  I’ve seen so many specialists and natural therapists, I’ve spent hundreds of thousands of dollars on my health, and it is still my greatest ongoing expense. I’ve done everything you can possibly imagine in my quest to be healthy, but it’s never worked completely, and I’ve never achieved wellness.

Past life regressions?  Done. Faith healers, reiki masters, and psychic healers? I’ve seen the best. Diet?  I have tried and complied for YEARS with many, including being a raw food vegan, fasting, a macrobiotic vegetarian, an elimination and anti-candida low allergy diet, food combining, paleo, body ecology and a few other weird and wonderful ones.  I even drank my own wee!

I’ve IV chelated until I whimpered with pain at every session and vowed I would rather die than do one more treatment. I’ve detoxed and sauna’d, had my blood removed from my body and passed through ultraviolet light before being pumped back in again, I’ve done health retreats, hypobaric chambers, hormone therapy, psychology, psychiatry (they said my problem was physical and send me to an infectious diseases specialist), seen a geneticist, cardiologist, immunologist, gynecologist, ear nose and throat specialist, rheumatologist, environmental medicine specialist, and many other wholistic doctors and clinics. I’ve tried EVERY form of natural and complimentary therapy, and most of the multi-level marketing pills, potions and lotions.  I’ve also used vega machines, biofeedback, Hulda Clarke’s zapper machine and held onto electric fences in fits of inspired desperation after reading about farmers who had cured themselves of Ross River Fever doing the same thing…

I still use homeopathy, meditation, acupuncture, chinese and western herbs, nutritional supplements, chi gung, diet, chiropractic and prayer. In fact, I am convinced that my twice-daily meditation and visualisation sessions have saved my life and maintained my ability to function.

Over time I have become very good at managing my condition, and keeping things in a crazy kind of semi-balanced state. But if I’m honest it’s not living. It’s existing.  Existing with good bits and gratitude, yes, but I have been robbed of so much. So many years and opportunities I will never get back.

There is an upside, of course. I have gone deep within. I have done more work on myself than I ever would have, had I not walked this path. When everything else failed, I have always had my psychic ability and my spiritual connection. It is the one thing that allows me to say I wouldn’t trade this if this is the gift I received in exchange. But it’s a gift that isn’t very useful if I’m dead, which is the way I was recently heading.

So, now I have a diagnosis, what next?

One doc says it’s manageable but not fixable, one doc says it’s sort of treatable although he is not hopeful of a positive long-term outcome this late in the game, and one doc says to me I have drugs for the bacteria, and they’ll make you sick, but they might make you well – what do you think, Nicole?

I said ‘Give me drugs. Give me all the drugs. Cos I’m gonna kill all the things!’

In my long war I have used everything else, and it has all helped. But I have never used targeted antibiotics, anitparasitics and anti-microbials. So now I have a fistful of scripts and I shall rattle like a maraca but it’s something. And I am hopeful. Hopeful I can mend my heart and my brain.  Hopeful that my future here is not only a long one, but one with a better quality of life.

I’ll keep you posted. And I may spend a little more time blogging health things and wellness things, in with my usual mix of stuff. Over the past 25 years I’ve learned so much about health that has aided my journey. Perhaps some it will be useful to you too.

Much love to you, Nicole ♥ xoxo 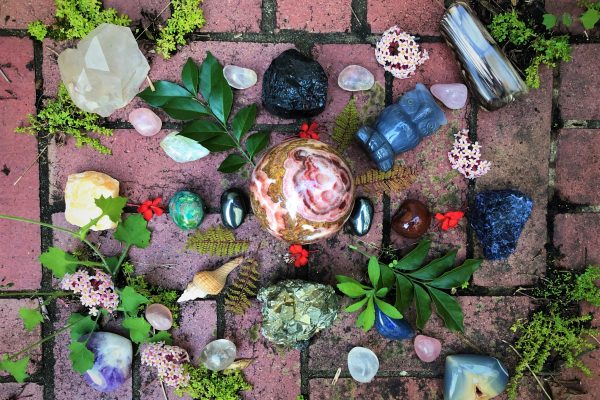 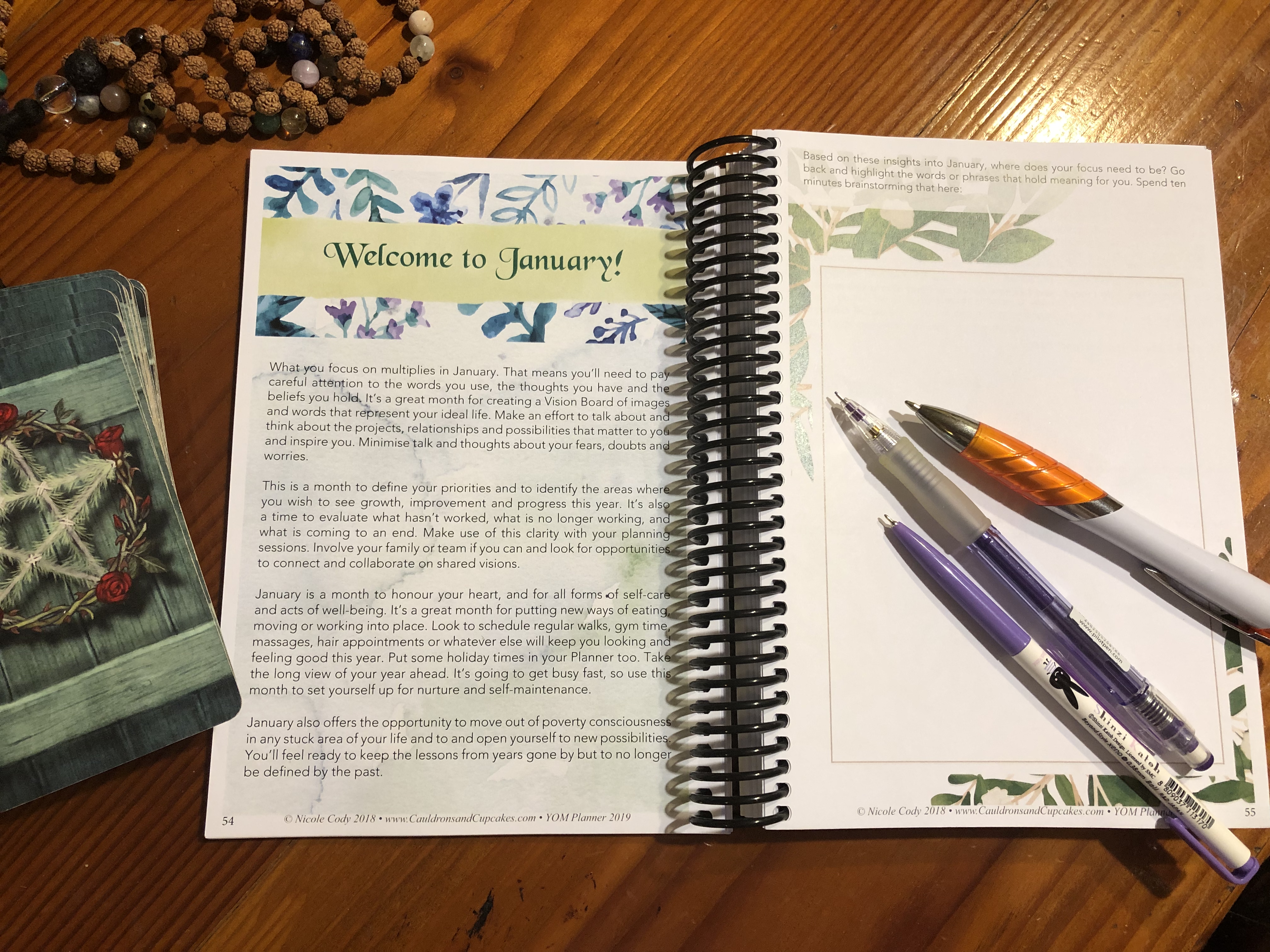