“Cease trying to work everything out with your minds. It will get you nowhere. Live by intuition and inspiration and let your whole life be Revelation.”
Eileen Caddy

We all have intuitive abilities – intuition is a glorious part of our human condition.  Problem is, most of us don’t know how to use it.

Today I’m going to take myself right back to the beginning. I’ll share with you some of the stronger intuitive moments I had before I began to really work with my psychic abilities.  I hope that by sharing them, you’ll be better able to recognise these moments in your own lives.  These aren’t fancy or sophisticated.  These are raw moments that led me to a different decision, understanding or action than if I’d just been coming from my head.

The more you listen to your intuition, the more your body attunes to those messages. It begins to heighten your sensitivity. This then begins to develop your extraordinary sensory perception (ESP) and opens the door to your psychic capabilities. All of the small messages to which we pay attention pave the way for the stronger and more important messages to come.

Intuition and gut instinct communicate with us in so many ways. You might get a flash of strong emotion, an image or a movie in your head, a feeling in your body, a sense of deja vu.  You might have an incredibly vivid dream, or a waking dream. Or, you might just know…

Here are some of my own experiences, as a guide for you.

Some of them weren’t about positive things:

In primary school I woke up in the middle of the night because something was wrong.  I could smell smoke, and I felt very anxious. I padded through the house in my pyjamas, but everyone was asleep and everything was as it should be. I climbed back into bed and all I could think about was a girl I knew at school. I wondered if she was angry with me.  The next morning I found out that her house had burned down in the middle of the night.  They were all okay. And their house was too far away from mine for me to have heard a siren or to have smelled anything.  They lost everything.

Early in high school, I had a creepy feeling about a family friend. While everyone else liked him, he made me incredibly uneasy. To me his eyes looked ‘too bright’ – like a bird’s eyes’s somehow, always watching, and watching too intensely. Although I couldn’t explain it, I felt very unsafe around him, and I felt that he was full of secrets. Nothing could convince me that he was a nice guy. I could ‘feel’ a wrongness about him somehow.  One day when I was left at home alone with him (he was working as a tradesman and I was home sick from school) he tried to sexually assault me. Mum came home unexpectedly, and I made sure after that to never be around him alone.  Years later, he went to prison – convicted of serial pedophilia and child pornography crimes, mostly against very young boys.

During a university break, a friend asked me to travel north to pick up a car she had just purchased.  We would drive it home together, stopping at beaches and interesting places along the way. Initially I said yes. It sounded like fun. But then everything seemed to conspire against me. I couldn’t get time off from work, I got food poisoning, one of my grandparents went to hospital. Nothing was working in my favour. I ended up saying no, but instead of feeling bad, I was flooded with this strange sense of relief. About two days after she left for her journey I got this metallic taste in my mouth, and I could smell something like hot brakes on a car.  Then I had a tumbling sensation, like being on one of those wild rides at a sideshow.  It came and went for about a week, and I found it distressing, but I had no idea what it was all about. Then it just stopped.  A few days later my friend’s parents called to me she had rolled her car on a dirt road heading down  a hill to a remote beach, and been badly injured. She spent months in hospital.

Some of my intuitive experiences have also been about very positive things:

At primary school I sat an examination to win a scholarship to one of Brisbane’s private high schools. Part of the examination required us to write creatively using one of a range of sentences as a starter. The words poured out of me and I just knew they were good. Although I felt unsure about my performance with the rest of the long examination, I was sure about that essay.  I knew it would win me a scholarship.  I felt a great certainty. The day that the letter came, I also knew. I just knew something really good was about to happen.  I felt light and happy all day.  When I came home mum had bought a cake and my grandparents had bought me a posy of flowers. My letter of offer was propped up on the kitchen table beside them. I’d won.

One day I was invited to a costume party.  I had no costume, and no idea where to get one from. I had to drive across town to meet a friend, and for some reason I decided not to take the freeway.  As I drove through a particular suburb, I decided for some inexplicable reason to turn right off the main road.  There in front of me was a massive costume hire place. I felt so very clever! And I found an awesome pirate outfit…

Many of you will already know this story, and it has happened long after I began working with my psychic gifts.  But it shows you how my intuition is still guiding me, even when my mind is somewhere else.  I was shopping, late one scorchingly hot summer afternoon, and I heard a sound like a peeping chicken in the shopping centre carpark. I couldn’t ignore it.  I was compelled to go and investigate, although I needed to get home because I had plans I’d been looking forward to all day. Something made me get out of the car, and go looking for the chicken. Of course it wasn’t a chicken – instead I found a tiny puppy, almost dead from heat and dehydration. I brought him home, and took him to the vet, who didn’t hold out much hope that he would survive the night. He proved everyone wrong, and Bert became a wonderful member of our family.

All you ever have to do with your intuition is listen, and go with what you are feeling or being shown. The more you use it, the easier it gets.  Intuition becomes stronger. Your senses become attuned to more of the flow of Universal wisdom and energy. We are all intuitive. That is our birthright. Like me, sometimes in life, for no apparent reason, you’ll just know.

Often, as people move into a space of psychic awakening, their daily lives becomes a constant stream of intuitive thoughts and experiences. This can be very confronting or disruptive but it settles down quickly the more that you honour and accept this intuitive aspect of yourself.

How about you? What has happened for you in your life that was guided by intuition? I’d love to know!

Much love to you, Nicole xx 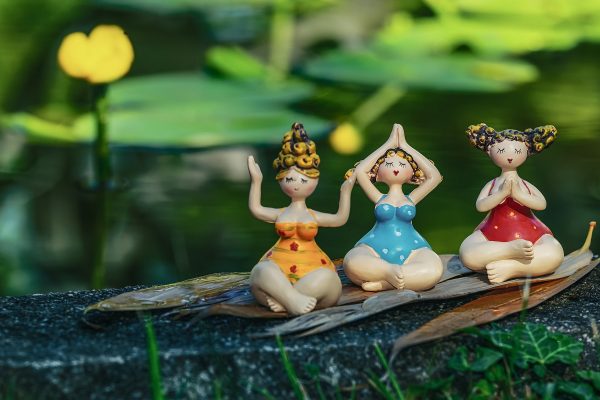